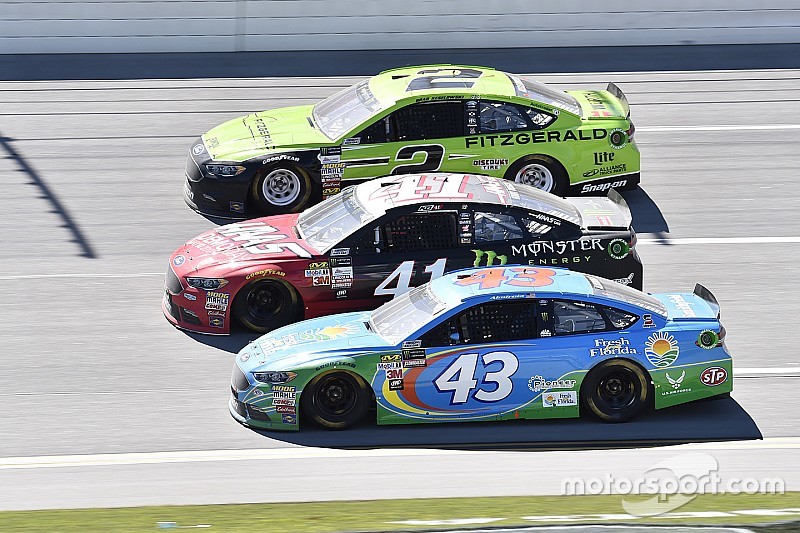 Officials discovered the No. 43 Ford did not meet the rear wheel steer on the Laser Inspection Station (Sections 20.17.3.1.2 Post-Race General
Inspection Measurements).

Despite finishing fourth at Talladega — and tying his best result of the 2017 season — Aric Almirola’s finish is considered encumbered per Section 12.10 of the NASCAR Rulebook: Encumbered Race Finishes.

“We accept NASCAR’s decision and will continue to work to get the most out of our race cars every week while maintaining the NASCAR rulebook. We look forward to Kansas this weekend.”

Almirola had climbed to 17th in the Monster Energy Cup standings following his second-straight top 10 finish. The 35-point fine knocks the No. 43 team down to 20th-place with a total of 187 points for the season.

The No. 7 Tommy Baldwin Racing Chevy also received a penalty (Sections 10.9.10.4: Tires and Wheels) for not having all five lug nuts tight. Crew chief Ken Davis was fined $10,000 for the infraction. Elliott Sadler was driving the car at Talladega. He finished 17th.