Michael Annett to drive the No. 33 Pilot Chevy on Sunday 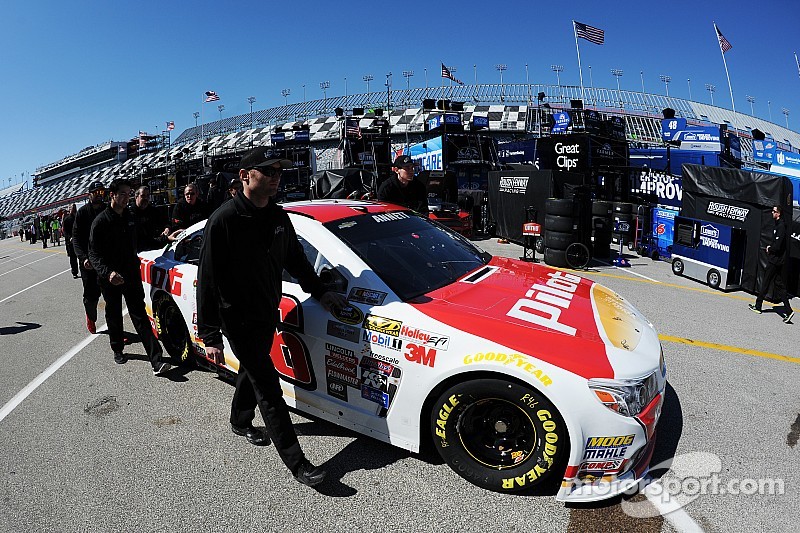 ATLANTA – Michael Annett will race in Sunday’s Folds of Honor/Quik Trip 500 after all.

Annett, 28, just started his sophomore Sprint Cup Season with HScott Motorsports in the No. 46 Chevy this season. However, the Des Moines, Iowa native was one of 13 cars that were unable to make it through NASCAR technical inspection in time to qualify on Friday.

His good friend Brian Scott, who qualified 32nd but is running for the championship in the XFINITY Series, relinquished his ride to Annett.

“Many thanks to (team principal) Mike Hillman, Sr. and Brian Scott,” Harry Scott added in the text to Motorsport.com.

Annett finished 13th last week in the Daytona 500. He is currently 12th in the Sprint Cup point standings.

What about Erik (Jones)?

Michael Annett finally feels like a contributor at JR Motorsports