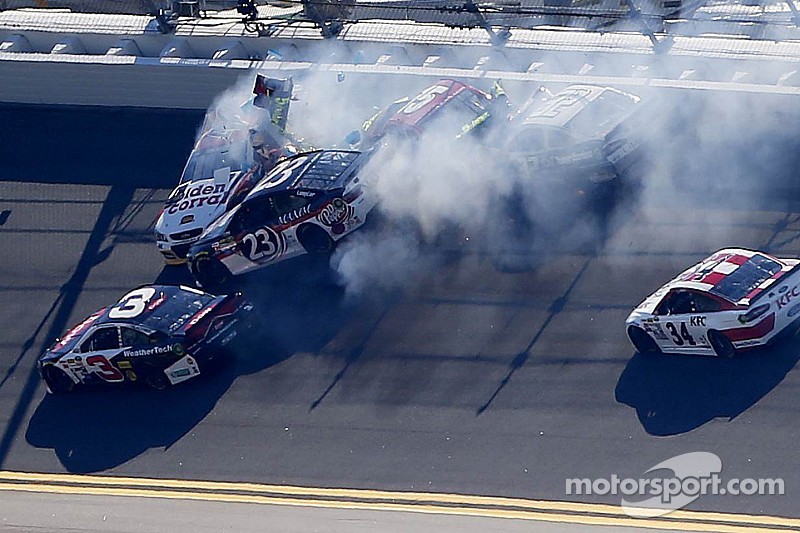 Reed Sorenson thought his opportunity to race in the Daytona 500 would be one and done entering qualifying on Sunday.

After Sorenson blocked Clint Bowyer – and went into the spin cycle process – it appeared the No. 44 Golden Corral Chevy and Team Xtreme Racing's hopes to run in the 500 were over.

"We don't have a backup car as of now," Sorenson said on Sunday after the wreck.

But Sorenson got a reprieve.

"We had a car back at the shop we weren't going to bring it unless we needed it," Team Xtreme owner John Cohen told Motorsport.com on Tuesday. "The car will be coming down tonight."

The team will skip practice to finish prepping the car on Wednesday, then shake it down on Thursday before the Duels.

Sorenson will start 20th in the second Duel for Team Xtreme Racing. In July, he started second in the Daytona Cup race. His best finish on the 2.5-mile track is fifth – in the 2008 Daytona 500.

“At least we have another shot now,” Sorenson said. “It’s all we can do. “After watching the replays I’m not surprised that Clint came to my defense. He was in a spot he didn’t want to be in either and we were fighting our way into the race.

“I’m happy that John committed to coming back down here. He was impressed with how aggressive I was in qualifying and I hope I can make him proud in the Duels.”