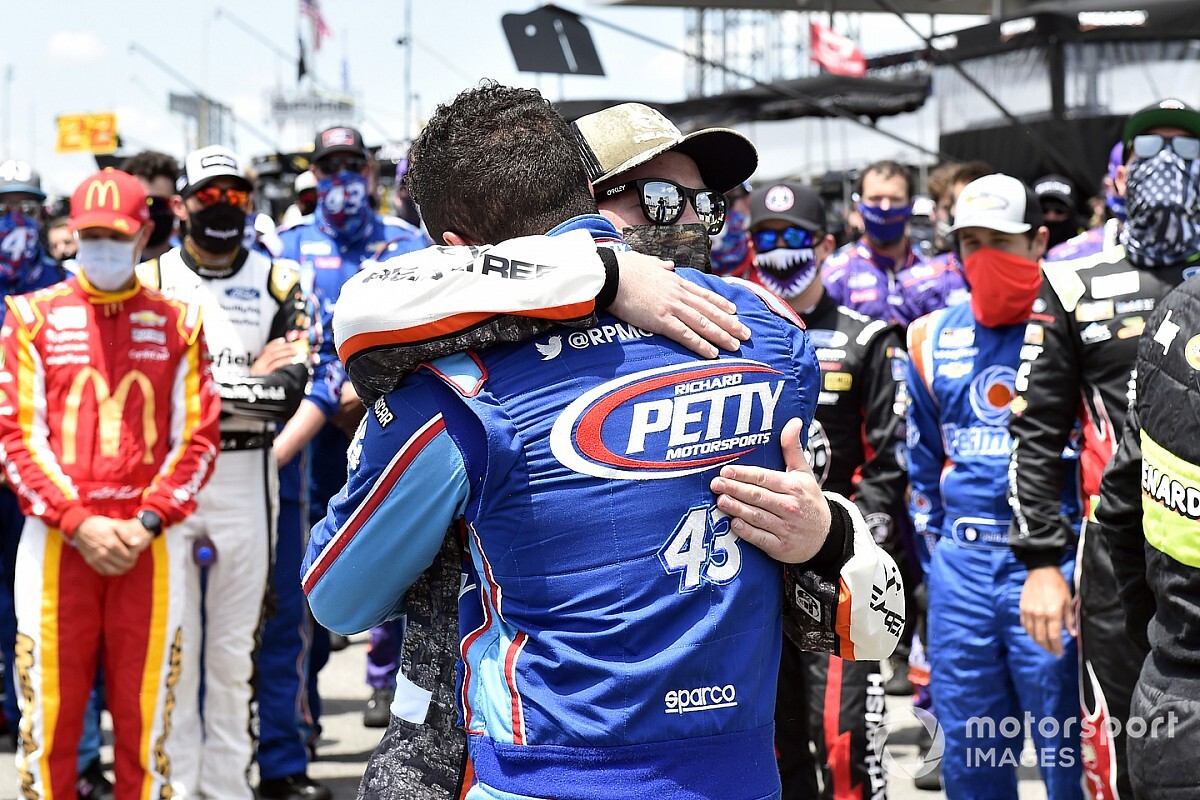 Reddick's post, which gained mainstream attention before it was removed, read: "We don’t need an apology. We did what was right and we will do just fine without your support."

The impressive Cup Series rookie went on SiriusXM NASCAR Tuesday to discuss the post and its subsequent deletion.

Reddick stands by what was posted, saying: "Well, I think first off I should say is I stand by my comments on Twitter and in support for my friend Bubba Wallace and fellow competitor, and the direction NASCAR is moving.

"After reading the President's tweet, I responded emotionally and soon after, what I posted had become extremely polarizing. Being a young, rookie driver in the Cup Series -- I did not want to create more division.

"What we need now more than ever is unity. We need less barriers between us, not more. So the conversation around our sport should be how to support each other and be inclusive. We want everyone to be able to enjoy NASCAR."

He went on to say that he is "extremely proud of the steps we've taken since returning to racing to become more inclusive" and reiterated his support for Wallace.

Wallace responded to President Trump's tweet Monday afternoon with the following post, which has nearly 75,000 retweets and nearly 300,000 likes.