Through almost three seasons in the NASCAR Cup Series, Tyler Reddick had seen opportunities come and go to win races and each time he felt “miserable.”

He had won eight races during his back-to-back seasons winning the Xfinity Series championship, but winning in Cup was a different story.

Sunday, Reddick not only earned his first win but did do at Road America by defeating the series’ top current road racer in Chase Elliott.

Reddick not only had to run down and pass Elliott for the win, but then spend the final 16 laps holding him at bay.

The impact of his accomplishment was evident in his postrace celebration, which included visits from numerous fellow competitors.

“It was just a huge sense of relief. This whole team, we’ve been at it for a couple years now together, and even some of us back to the Xfinity Series days,” Reddick, 26, said. “That first year together in the Xfinity Series we were able to go out and back up a championship and win a lot of races.

“Then we got slapped in the face with the reality of what Cup racing is like, and just I’ve had to learn a lot over the course of these last three years in the Cup Series as a driver, but I’ve had some really great people behind me to help me do that.

“A lot of great people have helped an immense amount along the way, and it’s just – what a crazy ride it’s been, and just had to put a lot into it. All of us have. It’s really nice to get it finally done.” 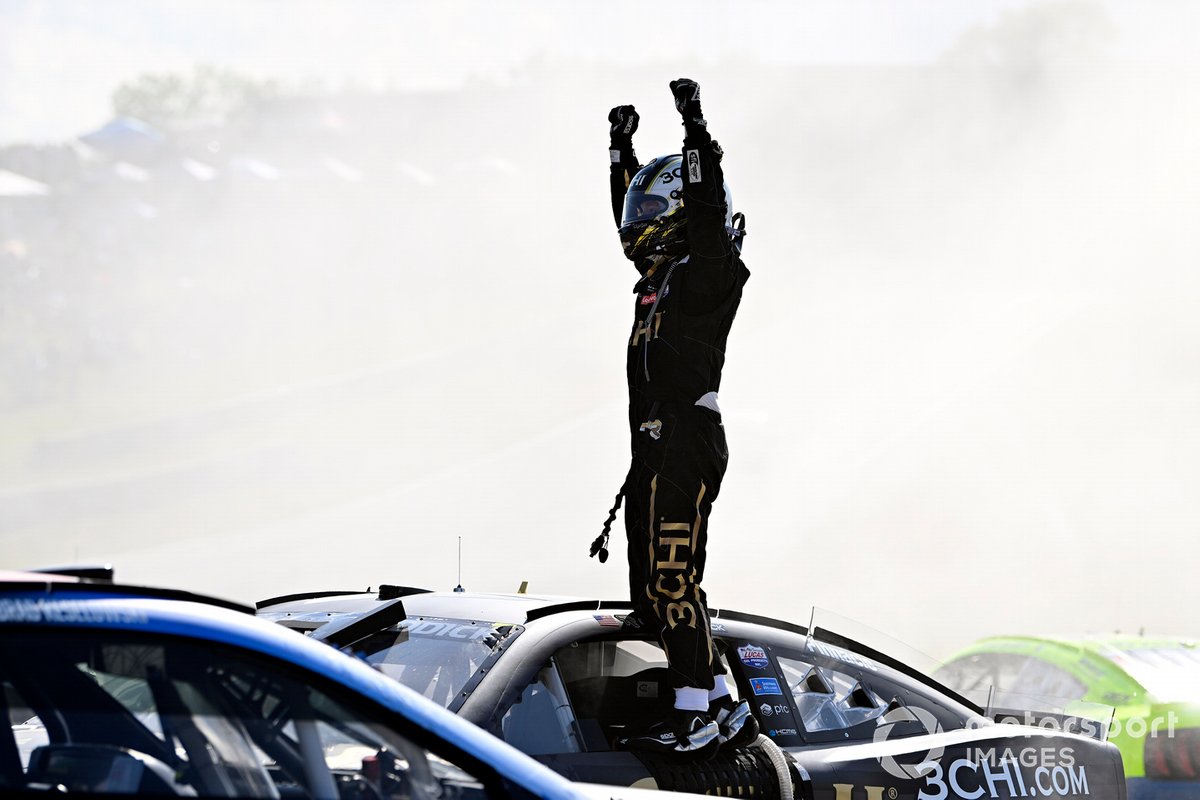 Entering Sunday’s race, Reddick was in serious danger of missing the Cup series playoffs without a win and especially after finishing 16th or worse in four of the five races prior to Sunday.

His team had for all intents and purposes abandoned racing for points.

“It was kind of nice in some way to be in the spot where we were where points really weren’t going to matter that much over the next 10 races. We knew we needed to go out there and win,” Reddick said.

“To kind of just put points aside and put the whole day together like we did and not make the big mistakes and just all day long. It was nice to be coming off pit road right there off the bumper of (Elliott) and just me and him go at it and may the best team win.

“Thankfully, it was us today.”

While Reddick always considered road courses his “weakness,” he said had made a determined effort to improve since a poor showing at the Charlotte Roval in 2020 in which his braking mistake also ruined Kevin Harvick’s day.

“I was tired of just being so bad that I felt like I was just kind of in the way and had to get out of everybody’s way and wanted to change that,” he said.

“The nice thing about it is the hard work you put in is what you get out of it. … A year-and-a-half ago or so we rolled into the beginning of the year, we were way better, and that was great, but it wasn’t good enough because we still didn’t get the job done. We still didn’t win.

“So, we just kept plugging away at it.”

No win, but Trackhouse Racing still shines at Road America

NASCAR takes on the Richmond Raceway for Round 24 of the 2022 NASCAR Cup Series season.

Kimi Raikkonen got his first taste of a NASCAR Next Gen car at VIRginia International Raceway today, ahead of his Cup Series debut at Watkins Glen next weekend.

Kurt Busch will miss his fourth consecutive race after a qualifying crash at Pocono Raceway left him with concussion-like symptoms.