Record-breaking run for Danica at Atlanta 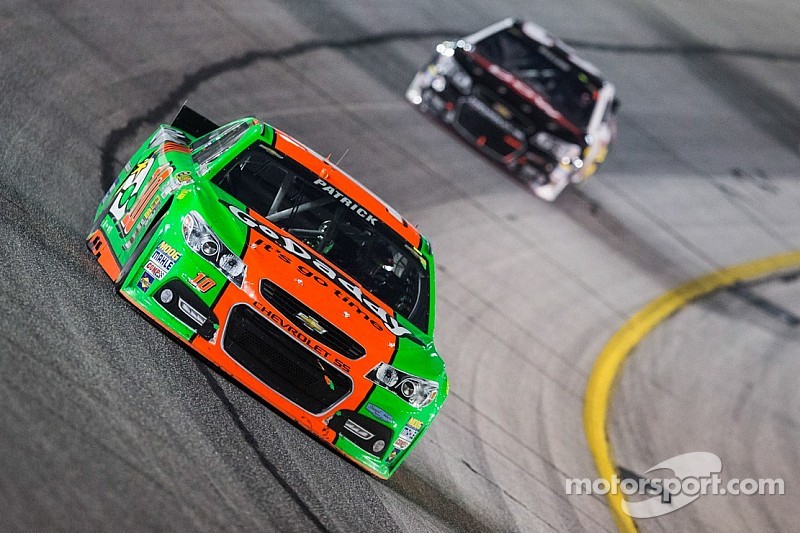 HAMPTON, Ga. – Danica Patrick broke the record for the best finish by a female with her sixth-place finish at Atlanta Motor Speedway.

Not only did Patrick top the record set by Janet Guthrie in 1978 at the 1.5-mile track, she set a personal best finish breaking her previous effort of seventh set at Kansas Speedway on May 10.

Patrick started 27th. Given Kevin Harvick’s quick pace – he began lapping the field 15 circuits into the Oral-B 500 – Patrick fell off the lead lap early. But the 32-year-old Stewart-Haas Racing driver was the beneficiary on the first caution on Lap 39 and again on Lap 118 to regain her position on the lead lap.

Man, I had one run where I thought I was playing a video game out there and I was just driving around the top side of everybody.

“The car wasn’t ever too far off,” Patrick said. “I had to fight in the beginning. Kevin is so fast around here and he was lapping cars like crazy – and I was one of them. Luckily we had the lucky dog and then raced later for the lucky dog again.

“From there on the car was really good. Man, I had one run where I thought I was playing a video game out there and I was just driving around the top side of everybody, but it was a little more humanlike after that.”

By Lap 200, Patrick was already racing among the top 10. Despite five cautions over the final 133 laps, crew chief Tony Gibson was able to help Patrick dial in the car for the fight at the finish.

“Gibson and everybody did a good job,” Patrick added. “The guys had a really awesome stop that last time so I could restart seventh – and get out of all that mess on the front straight and be on the inside.