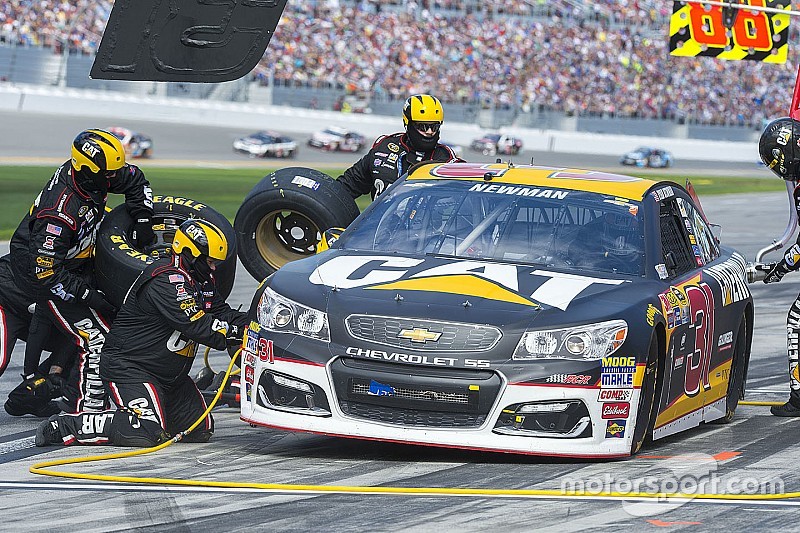 He will be without crew chief Adam Stevens and his regular front tire changer this weekend at Dover. Stevens was also slapped with $20,000 fine, a P3 level punishment.

Richard Childress Racing crew chief Luke Lambert spoke to Motorsport.com about the fine line teams must walk with the new lug nut policy and the harsh consequences awaiting all those who dare toy with it.

"It's definitely something that we're walking the letter of the law right now. As soon as soon as they came out with the rule, for us we decided not to make it a question -- Hit five lug nuts. we felt like that was their intent and not something we're not going to play games with."

Regarding NASCAR's decision to step in with recent epidemic of loose wheels, Lambert thinks that it needed to happen, but that their rulings for offenders should factor in other variables.

"I think something needed to be addressed. If not addressed by the sanctioning body, then obviously you're having to race against it. At the end of the day, it's a difficult thing to police and it's also something (where) mistakes happen on pit road and there are situations that are difficult to anticipate and measure.

"If you got a team that intentionally avoid hitting a lug nut on each wheel to save time during a pit stop, I think for sure that it needs to be taken a look at. (But if) there's a gun malfunction or something happens that is an accident and unavoidable or fully noticed, that's where I think it's difficult. It might be a circumstance where the punishment doesn't fit the crime."

Motorsport.com also spoke with Lambert's driver Ryan Newman, a graduate from Purdue University with a degree in Vehicular Engineering

"For them, it doesn't matter a whole lot," Newman said regarding Joe Gibbs Racing's penalty. "They've already won a race so having a crew chief suspended doesn't change a whole lot. I mean, it changes their opportunities to win the next race, potentially."

When asked if it doesn't really matter because of the sheer depth JGR has, he said "It always matters."

Five drivers looking for luck at the Monster Mile this weekend