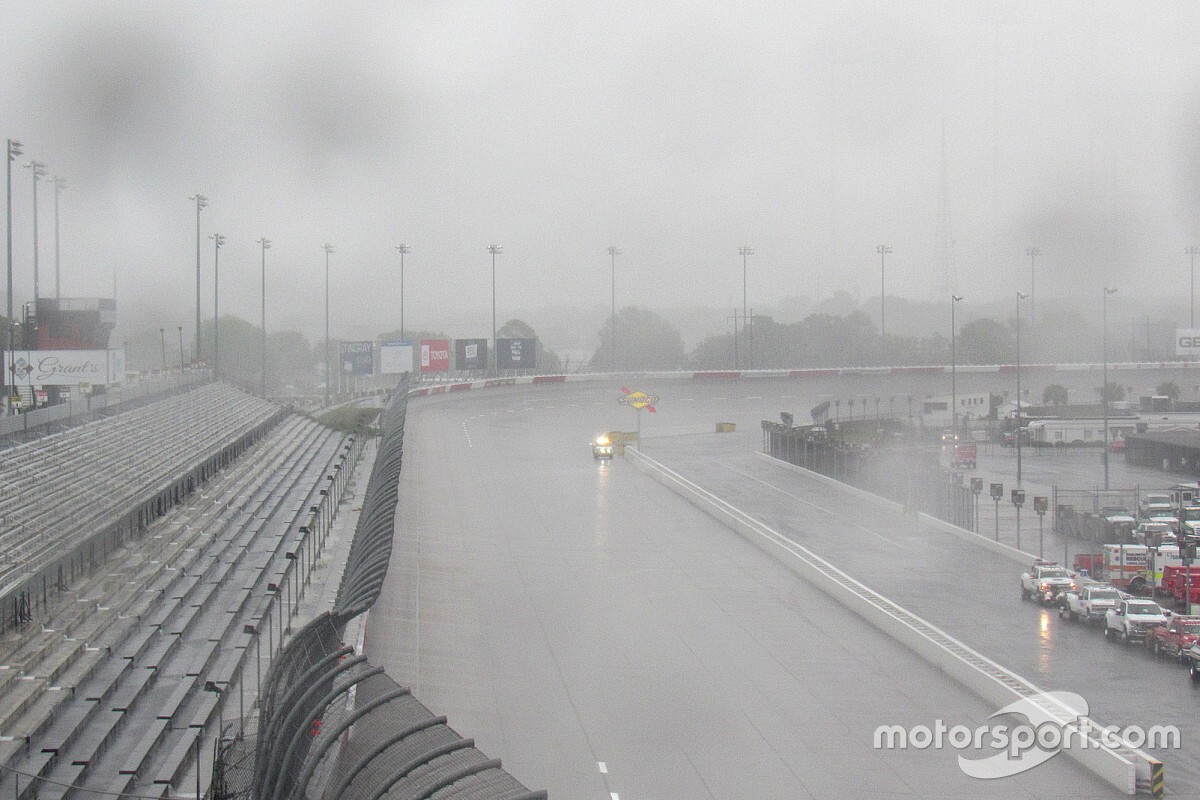 Heavy rain has moved into the Carolinas and threatens to throw a roadblock into the continuation of NASCAR’s return to racing this week.

The race will be broadcast on Fox Sports 1, MRN and SiriusXM NASCAR Radio. The event was originally scheduled for an 8 p.m. ET start.

NASCAR has also moved up the start of Wednesday night's Toyota 500k Cup Series to 6 p.m. ET. It was originally scheduled to start at 7:30 p.m. ET.

The forecast for Tuesday and Wednesday does not look good, however.

According to The Weather Channel, there is a 100-percent chance of thunderstorms in the Darlington area on Tuesday, 90 percent Wednesday and 90 percent Thursday.

Sunday’s Cup race at Darlington, won by Kevin Harvick, was the first live NASCAR race held since March 8. The following week live sports shut down as the COVID-19 pandemic gripped the United States.

Sunday’s race – and all scheduled NASCAR events through June 21 – are scheduled to be held without fans in attendance.

NASCAR at Darlington will not start on time due to rain