Ryan Preece both happy and frustrated with "intense" 500 debut 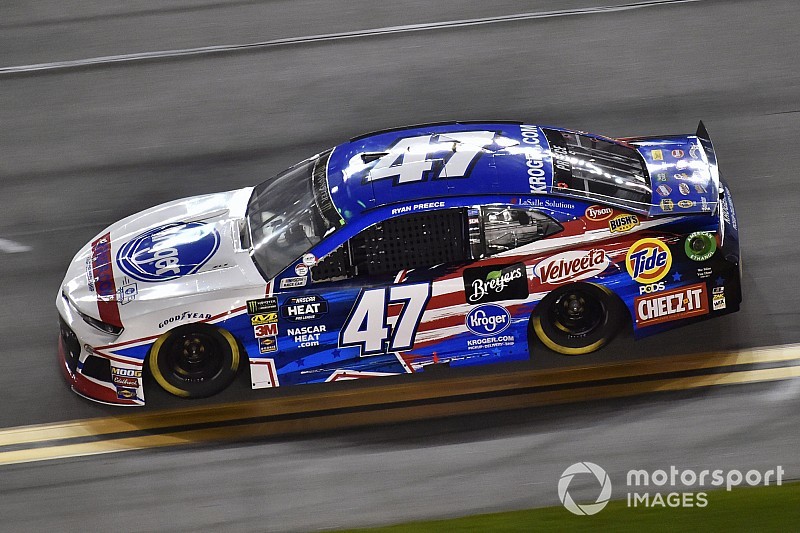 There might have been some curious thoughts and questions to why JTG Daugherty Racing selected Preece to drive one its Cup Series cars this season, but the rookie proved he belonged Sunday afternoon at Daytona International Speedway.

Preece lined up in the top five on the final restart and helped push Joey Logano into the top three before falling back on the final lap in overtime to finish eighth in the Great American Race in his first start.

Although he was happy with the solid finish, the former NASCAR Whelen Modified Tour champion was frustrated with his performance on the final lap.

“All in all it (was) a good day,” said Preece. “I’m just really disappointed in myself right there (on the final lap) with not being more aggressive with my blocking. But how can you be upset with a top-10 (finish) in my first Daytona 500?”

Preece was able to miss the carnage on the final accident that set up overtime and decided to help Logano make a charge to the front on the final restart but as Logano was racing Kyle Busch, Preece fell back.

“It’s intense, man,” said Preece. “It’s something I’ve never been a part of. So, I have a lot of learning to do, for sure. Today was the type of day that you just wanted to race around these guys and not be erratic and not do anything stupid and hopefully when we go to Talladega or come back to Daytona, I can get a little bit more help.

“But, all in all, it’s really great for this Kroger Camaro. I’m looking forward to Atlanta next week.”

That’s something he said he’ll probably watch and get frustrated at himself later.

“I felt like I just needed to be more aggressive at the right time,” said Preece. “I’ll watch it (the race) and probably get frustrated with myself because there were probably a couple of things I could have done differently.

Despite the last lap, the Belin, Conn., native feels his performance at Daytona will help him and his team on the next superspeedway race and throughout the season.

“A lot of the employees at JTG have been working really hard this offseason,” he added. “I’ve been hands on on our race cars and I’ve see all the gains we’ve been making. I’m looking forward to getting to Atlanta and picking up where we left off.”