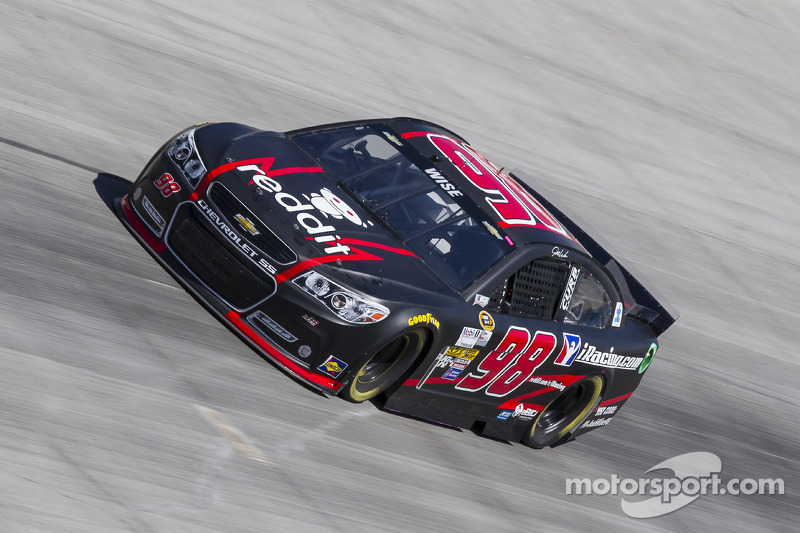 Florida is going through a heated campaign for the governor’s office, so it seemed like a good idea for Democratic candidate Charlie Crist – a former governor of Florida, but as a Republican – to slap some sponsorship on one of the NASCAR Sprint Cup cars. That car was the Phil Parsons-owned number 98 of Josh Wise.

Not so fast, said the Republicans, and more important, Parsons’ business partner, music mogul Mike Curb, who was once the lieutenant governor of California. Curb is solidly behind the low-rated current governor, Rick Scott, running for re-election.

The Republican party in Florida filed a complaint that the Crist decal would violate the maximum campaign contribution limit, which seems absurd, given the state of Florida politics. But the final decision was made by Curb, who, according to Parsons, was not happy with having a Democrat on the car, even a Democrat who used to be a Republican.

So what replaces Crist? Decals for country singer Lee Brice, who will perform a concert at Daytona for fans.

A ring for a pole? Not a bad trade for Gilliland