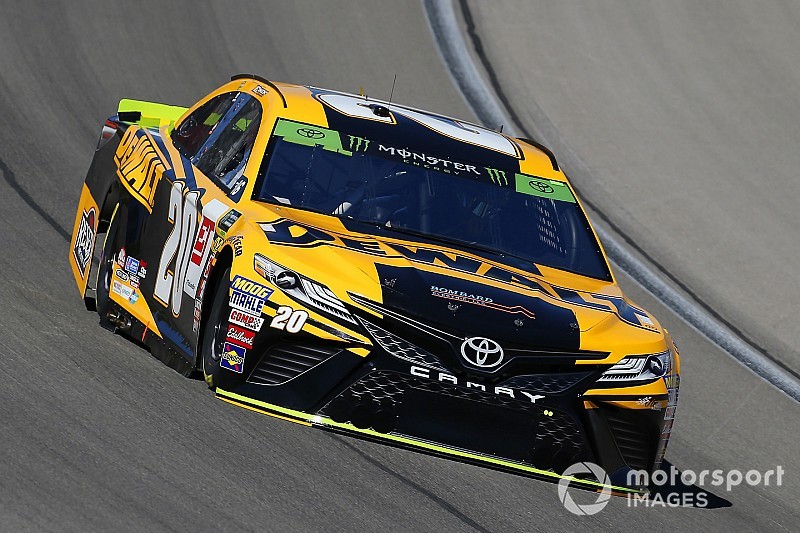 Erik Jones heads into the Monster Energy NASCAR Cup Series playoff opener on Sunday as the pole winner and fastest in final practice.

Jones, who won the pole Friday for Sunday’s South Point 400, set the pace early in Saturday’s final practice, posting an average lap speed of 181.251 mph early in the 50-minute session.

“It is slick. The track has had more grip than I thought it was going to have, thankfully, which has been nice,” Jones said. “I mean 400 laps is going to be really slick – especially if it’s hot as it’s going to be.

“That’s what makes it fun. That’s why we want to race at this level.”

Ryan Blaney ended up second fastest (181.238 mph) and Alex Bowman was third (181.202 mph). Brad Keselowski was fourth and Ryan Newman, who was fastest in Saturday’s first practice, completed the top-five.

Jones also had the fastest average lap speed among those who ran at least 10 consecutive laps (178.025 mph). Bowman, Martin Truex Jr., Blaney and Aric Almirola filled out the top-five in that category.

Take a virtual lap around Las Vegas Motor Speedway with the No. 78 Toyota Camry of Martin Truex Jr., courtesy of NASCAR Heat 3, which you can order now: