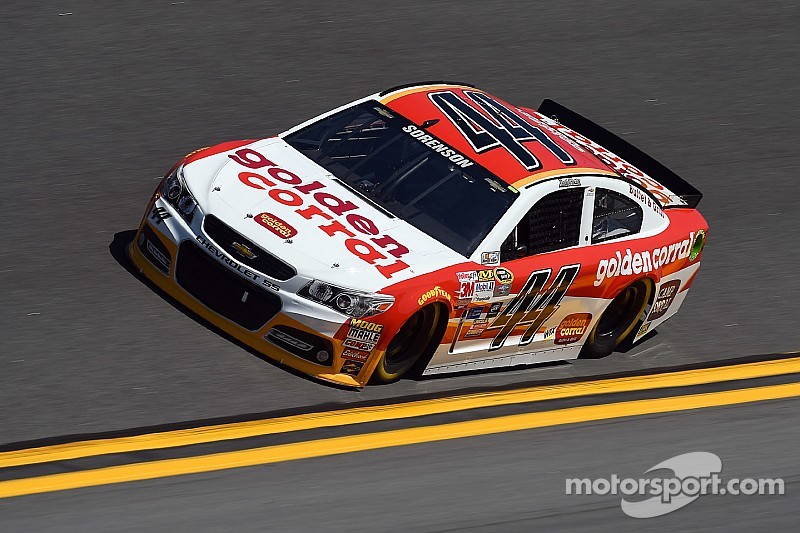 Bowyer, Sorenson, Labonte, and Yeley scrap cars in the process.

DAYTONA BEACH, Fla. – Knock out qualifying lived up to its name in the first round of time trials for the Daytona 500.

Before the session was underway, a traffic jam started just getting off of pit road.

Just extremely disapointed in NASCAR for putting us in this situation ... It's stupid

With one minute and 22 seconds remaining in the first five minute session, Clint Bowyer clipped Reed Sorenson who was trying to block the No. 15 Toyota entering Turn 1 at Daytona International Speedway.

"Just extremely disapointed in NASCAR for putting us in this situation and you got guys who are desperate, you can't blame them," said Bowyer. "He did a bonehead move trying to stick it back in line there. These guys worked for six months on these cars and now we destroy them for no reason. By the way, we're not even in the dance yet so yeah, I'm pretty pissed off."

"It's idiotic" ... "There's no sense in being able to put on some cute show for whatever the hell this is."

J.J. Yeley, Denny Hamlin and Bobby Labonte were all involved. Hamlin was allowed to change four tires prior to the session returning to green.

“I didn’t want it to end like this," an upset Sorenson explained. "We don’t have a back-up car.  As you can see, I was trying to block Bowyer as I was trying to do everything I could to stay up there and I wasn’t trying to wreck anybody.  It is just a product of this type of qualifying.”

"I guess this is how it is supposed to be," said Labonte, carefully choosing his words. "I don't think exactly if this is the way it needs to be."

So what does Labonte suggest we do? "Not that..."

NASCAR red-flagged the track three minutes and 38 seconds into the event. Hamlin topped the first qualifying session with a speed of 199.840 mph. Sorenson, Yeley, Bowyer, and Labonte were seen and released from the infield care center.

Nick DeGroot contributed to this story

There's some traditions you just don't mess with