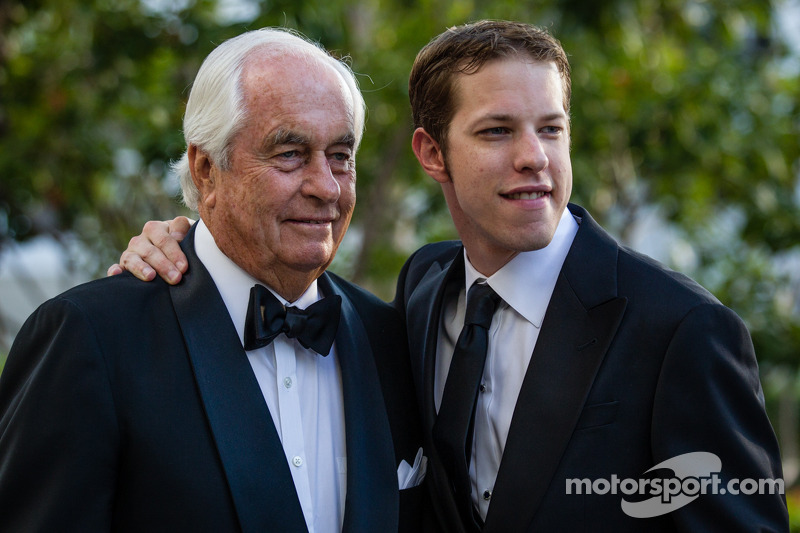 Team Penske owner Roger Penske was inducted into the Texas Motor Speedway Hall of Fame at a Thursday night dinner at TMS.

Though Penske himself was unable to attend, his organization was well-represented. Penske Corporation Executive Vice President Walt Czarnecki accepted the induction.

Drivers Brad Keselowski and Joey Logano, crew chiefs Paul Wolfe and Todd Gordon and Director of Competition Travis Geisler all attended the dinner in support of their boss.

"Any time it involves barbecue, you can count me in," Earnhardt said of one of his favorite pastimes.

Earnhardt acknowledged that successful barbecue was an intricate process, "but if you drink too many beers, it's easy to forget a couple of steps."

The first NASCAR Sprint Cup Series race at Texas was the Interstate Batteries 500 in 1997. The winner? Jeff Burton, sponsored by rival Exide Batteries.

"That was the only race we ever sponsored," Miller recalled. "And guess who had to present the trophy in Victory Lane? Moi!"