Penalty derails potential Truex victory: "I'm not sure why we got penalized" 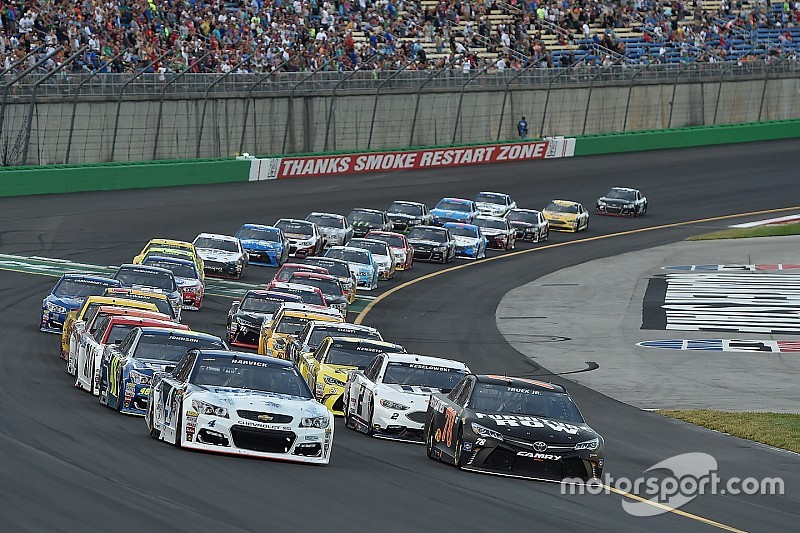 Martin Truex Jr. clearly had a car capable of winning Saturday night’s Quaker State 400 at Kentucky Speedway but a pit road penalty derailed his chance at the victory.

With the race under caution and 90 of 267 laps remaining, Truex appeared to beat Kevin Harvick off pit road, which would give him the lead for the third time in the race.

Before Truex even had a chance to enjoy the lead, NASCAR sent him to the rear of the field for passing Harvick on pit road before reaching his pit stall.

On his team radio, Harvick complained about the move almost immediately. “He passed me on the left, you can’t pass on the left.”

Indeed, the NASCAR rulebook states cars must enter pit road in single file and any passing must be done to the right.

Truex was able to drive back up through the field to third but eventually had to pit for fuel to make it to the finish and ended up 10th.

“It’s just one of those deals. I’m not sure why we got penalized. It’s a timeline thing, everybody does it,” Truex said after the race. “You get your line and you gas it up to your pit, it’s what I did.

“I guess it wasn’t my night on that deal. It’s frustrating, we had the car to beat and I felt like if we didn’t get (Kevin Harvick) on the pit stop, we weren’t going to be able to pass him.

“It was so hard to pass. We came out with the lead and they took it away from us. It’s just the way it goes I guess.”

Truex’s crew chief, Cole Pearn, spent nearly half an hour in the NASCAR hauler talking to series officials about the call. He declined to comment about the meeting.

Asked about the meeting, NASCAR Senior Vice President of Competition, Scott Miller, said he didn’t expect Pearn to be “happy.”