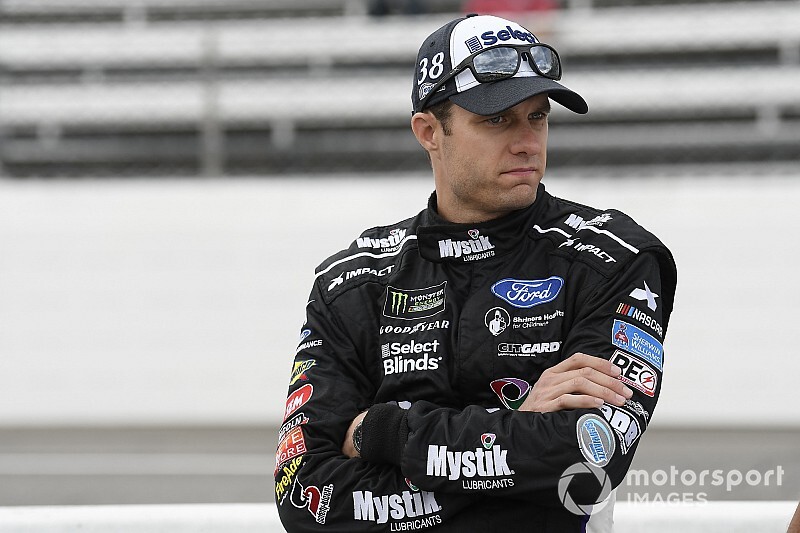 While Kyle Busch was celebrating his second NASCAR Cup Series title, drivers Paul Menard and David Ragan were concluding their final fulltime seasons in the series.

Both had largely unremarkable days – Menard finished 17th for the Wood Brothers while Ragan was 27th in his Front Row Motorsports Ford.

Both have elected to retire from fulltime competition but are likely to still venture into other forms of racing on occasion.

“It was a hard race for everybody,” team co-owner Eddie Wood said. “There weren’t many caution flags so you really didn’t have opportunities to work on the car.

“Our race was pretty uneventful, no mistakes, and we were glad that Paul was able to be still running good at the end of his last race.”

Menard’s finish secured the 19th place in the series standings for him and the No. 21 Wood Brothers team, which means the team will be eligible to participate in the rotation of future Goodyear tire tests.

Ragan said his team tried some strategy calls during the race to earn track position but none of them played out to their favor.

“We probably lost a lap or two that we shouldn’t have, but we were being aggressive because we didn’t really have anything to lose,” he said. “I can’t say enough about everybody at Front Row Motorsports and the NASCAR industry for making this last weekend special.

“It was a tough season. I wish we had some better results to show for it, but the last season won’t dictate my 13-year career. We’ve had a lot of fun, a lot of good memories and don’t regret anything that we’ve done.”

Menard ended his career with one win in 471 Cup Series starts. He also won three times in the Xfinity Series, twice in the former Grand-Am Road Racing Series and one victory in ARCA. His best series finish in Cup was 14th in 2015.

Ragan completed his fulltime career with two wins in 470 Cup starts. He also won twice in the Xfinity Series and once in ARCA. His best series finish in Cup was 13th in 2008.

Before leaving RCR, Hemric wins Cup rookie of the year