Opinion: Nothing’s perfect, but NASCAR is still worth following 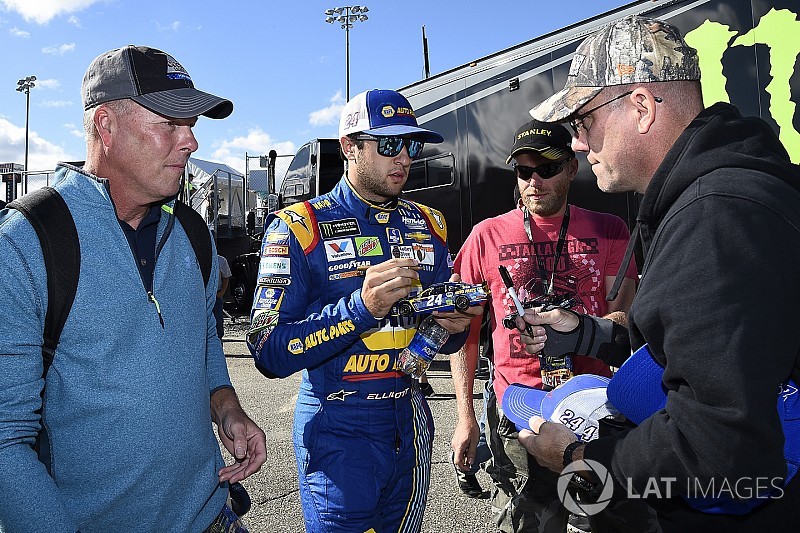 Despite the loss of three of its biggest stars over the past three seasons, there’s still plenty of drivers to follow in America’s most popular form of racing despite feelings the sport will never be the same.

The reason I feel this way can be traced back to when I was a kid growing up in Hickory, N.C., in the 1970s.

From meeting Harry Gant at the grand opening of a Winn Dixie shopping center and a conversation with him and Johnny Bruce for 30 minutes to my uncle Jack taking me to my first race at Hickory Motor Speedway, those are memories I’ll always cherish.

As a history major in college and former educator, I always find myself thinking back to things that bring back good memories. One of those is stock car racing.

Back in the day

I grew up in the days when getting the opportunity to watch a race on TV was a big deal – I guess that’s why I still prefer to listen to a race on MRN even while the TV is on.

I also remember pulling for anyone that drove for the Wood Brothers. I’ve always been a Ford fan, don’t really know why, maybe it’s because I was in love with the 60s Mustangs (And still dream of owning one someday). But I loved drivers from my childhood.

I had heard of Gant around Hickory but after watching him on TV – when I could – and listen to MRN reporters talk about him, that day when I rode my bike to the Winn Dixie on Springs Road and got to meet him, I was hooked.

Gant, who still lives in nearby Taylorsville, N.C., was so nice to me. I grew up without much and getting a hero card from him and the fact he spent a lot of time talking with me, had me hooked – even if he did drive a General Motors car.

However you want to look at it, times like that will never be the same. Thanks to the popularity and TV coverage of the sport, I don’t think you will ever see the days when an 11-year old kid could spend 30 minutes talking to a Cup driver.

Fans of today seem to not get that type of connection with drivers, although I would argue that many of today’s Cup drivers are more like Gant than not. Many of them would gladly spend time with young fans if they could and do through other mediums like social media.

I know a lot of ‘old school’ fans feel the sport left them behind. In a lot of ways they’re justified to feel that way but continuing to bash the sport helps no one – except it might make those fans feel a little better. It certainly doesn’t do anything to make the situation better.

I’m not saying NASCAR shouldn’t be held accountable to some of their decisions and fans have the right to express their feelings. I just hope fans give this latest influx of new drivers a chance.

I was lucky enough to work with many of the ‘young guns’ we’ll see in the Cup Series next year in a previous job. When I see Darrell Wallace Jr., today I still think back to the time he and his dad would work all day testing their Late Model car at Tri-County Motor Speedway. I see a young Corey LaJoie driving in the K&N Pro Series and Matt DiBenedetto is as fine a person as he is a driver and I’ve known him since he was 14. I also met Joey Logano back when he was just 13 or 14 driving in the Hooters ProCup Series.

I could go on for days with my experiences with the next generation of Cup stars: Chase Elliott, Alex Bowman, Kyle Larson, Ryan Blaney, William Byron and others. These young men have talent, and while I know all of them won’t go on to become the next Jeff Gordon, I think many have the potential to build solid fan followings and entertain us for decades to come.

I urge fans to give them a chance. I sincerely don’t believe you’ll be disappointed. I know I wasn’t after I met Harry Gant that day in Hickory.

Fans today might not get to spend 30 minutes with their favorite driver, but there are many other - and much different methods from the past - to interact with today’s drivers if they only give them a chance.