Opinion: How NASCAR can get more fans in the stands 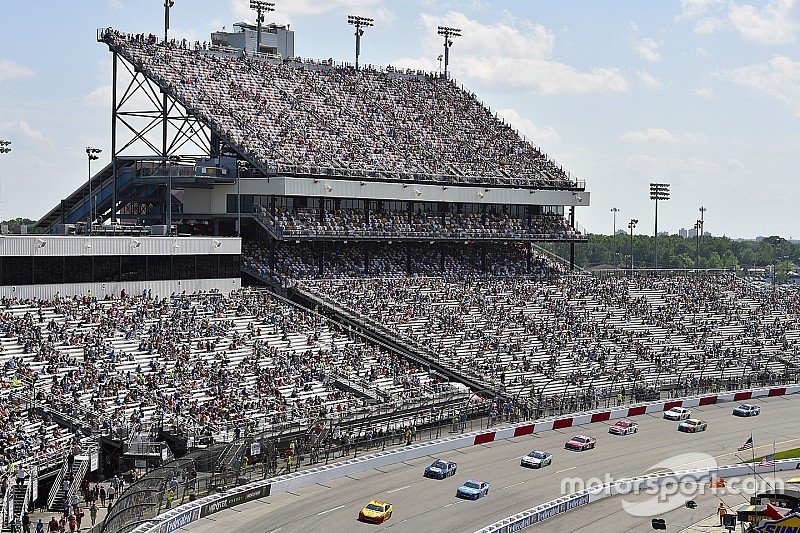 This was not your typical weekend at Richmond International Raceway.

In addition to Fords finishing first and second, with Team Penske’s Joey Logano earning his first win of the season and Brad Keselowski coming in .775-seconds behind, there were four Fusions in the top-five of the Toyota Owners 400. A Camry had won the last three races.

For the first time in two decades, there was not a full field of cars competing on the three-quarter mile track. Thirty-eight cars started the race on Sunday — the fewest since the 1995 Miller Genuine Draft 400. But only the Daytona 500 and Texas Motor Speedway have boasted full 40-car fields in 2017.

And although NASCAR no longer publishes attendance, the stands didn’t pass the eyeball test. Only eight bleacher sections were open during Saturday’s Xfinity race, which was a shame, considering the level of competition. The house wasn’t close to full on Sunday — for the second day race at RIR since the experiment started last season after the event was rain-delayed in 2015.

Remember when Kyle Busch dumped Dale Earnhardt Jr. who was leading this race in 2008 with three laps remaining and half of the packed stadium headed for exits? Even the fact that NASCAR’s Most Popular driver announced his retirement last Tuesday didn’t seem to have an effect on ticket sales.

For years there’s been chatter of moving races to mid-week. Richmond made itself an ideal candidate to be the guinea pig this weekend. There was nothing wrong with the product on the  track. Sure, Matt Kenseth dominated Stage 1 but that didn’t make the segment a complete snoozer. Competition picked up as the race went on.

But the fan support, in a city where the track is convenient to the airport and downtown areas, was all but nonexistent. Unlike venues such as Bristol Motor Speedway and Talladega Superspeedway, which don’t offer ample adequate lodging in close proximity to the track, Richmond is flush with reasonably priced accommodations.

The campgrounds surrounding the facility were close to vacant. Fans who had come to enjoy the Saturday night races over the years didn’t have enough time to return home before work  on Monday.

There’s plenty of buzz regarding significant changes to the 2018 schedule. How about starting with moving Richmond to a one-day show on a Wednesday night? It’s an easy commute from Charlotte — where most of teams are based. The industry would have plenty of time to recover for the next two-day show.

It's time to think outside of the box. If the sport is going to continue to cater to the TV networks and not the at-track experience, an improved product can go only so far. What we've seen in 2017 has been the best competition in years.

Perhaps Richmond — and NASCAR — would benefit from a mid-week audience when they're not competing with a spate of weekend sports and family activities.

Johnson and Earnhardt collide in troubled day for Hendrick Motorsports