One year on: The Kevin Ward-Tony Stewart tragedy still resonates 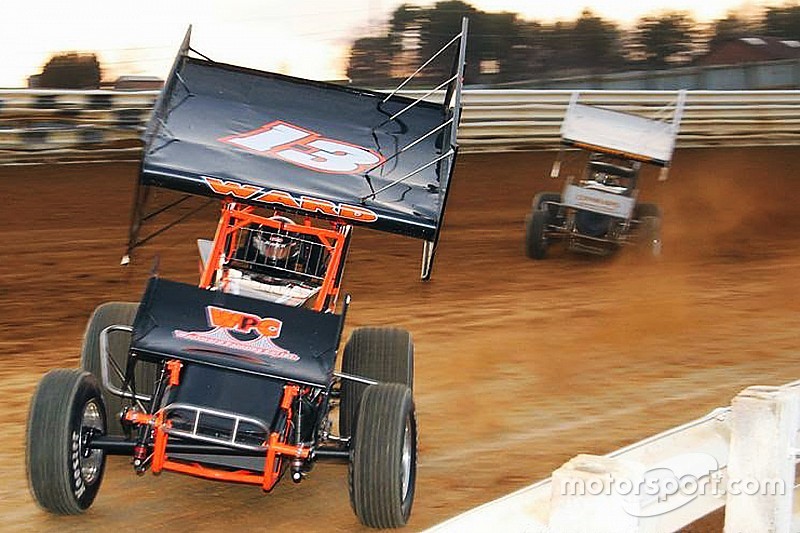 In the blink of an eye, Kevin Ward’s life ended and Tony Stewart’s was changed forever. And after a year has passed, what happened at the dark little dirt track in upstate New York seems no more comprehensible now than it did then.

You know the story: Three-time NASCAR Sprint Cup champion Tony Stewart, having recovered from his own devastating crash in a dirt sprint car at a track in Iowa in 2013, was back racing his sprint car in an Empire Super Sprints event at Canandaigua Speedway in New York the night of August 9.

The track was not far from where Stewart was to race August 10 in the Sprint Cup event at Watkins Glen International Raceway.

In the Canandaigua feature race, he blasted by 20-year-old local hero Kevin Ward, Jr., who hit the outside wall, damaging the right rear of his car. Ward leapt out and marched towards Stewart’s car, which was still circulating at a reduced speed under the caution flag.

Here is how the story developed.

A long night at Motorsport.com began when NASCAR writer Lee Spencer forwarded a tweet written by a spectator at the track: “5 police cars, 2 ambulances at Canandaigua Speedway. Under a red flag, flares are set out in the infield and we are waiting for a helicopter ambulance to arrive for Kevin Ward, Jr., who got out of his car after being smashed into the turn 2 wall by Tony Stewart. Under caution Kevin Ward got out of his car to show his displeasure with Tony Stewart and Tony mashed the gas on his sprint car and hit him, sending him flying quite a ways Tony Stewart is in BIG SHIT!!!!”

Then came another post, a chilling one-word message: “Fatality.”

A scramble for more information began, and continued until past dawn, from Twitter, Facebook, online profiles, past stories written about Ward, ongoing news accounts posted by area newspapers and television stations, information from the track’s own website, and the website of the Empire Super Sprints.

In the end, the facts did not vary that much from the original tweet, with one exception: It appears that Stewart indeed slid wide but never hit Ward’s car – that Ward tried to run with Stewart into turn two, ran out of room, and the left rear of his number 13 sprint car hit the wall. Had Ward backed off and let Stewart by, this might have been avoided.

We know that because of The Video.

Taken by a fan in the stands, the grainy 65-second video was posted on Deadspin.com at 12:08 a.m. August 10. It has gotten nearly 10 million views since.

Video tells part of the story

Like with the Zapruder film of President Kennedy’s assassination, the Stewart video has been analyzed endlessly. Fans of Stewart have taken the video, slowed it, enlarged it, and posted lengthy commentary on how there was no way Tony Stewart could have seen Ward, given the track’s dim lighting, Ward’s black firesuit, the low-slung wing on top of Stewart’s car, and they fact that it is likely Stewart had no idea he was involved in a crash, as he was a hundred feet past Ward when Ward hit the wall.

And the opposing viewpoint was heard, too: Those who believe Stewart hit Ward on purpose say the video clearly shows it, citing the steering input to Stewart’s front wheels, the ambient sound of a revving engine that proves Stewart sped up when he saw Ward approaching, and the commentary often cites Stewart’s past temper tantrums on and off the track.

The analysis we posted on Motorsport.com at 5 a.m. the morning after the tragedy went viral. The story resonated globally. We did live TV interviews with outlets as far away as Japan.

From the writer, also read:

When the server stopped counting, the story had over 2.5 million hits, 200,000 Facebook shares, and nearly 4,000 comments. Those comments, early on, were roughly half pro-Stewart, half against him. What would happen? Would Stewart go to jail?

An agonizing wait for all directly involved ended September 24, 2014, when the local district attorney announced his findings, that the grand jury did not indict Stewart. But then the headline in USA Today: “DA: Kevin Ward, Jr. was under the influence of marijuana.”

The first paragraph: “Toxicology reports revealed Kevin Ward Jr., was under the influence of marijuana on the night he was struck and killed by a sprint car driven by Tony Stewart, Ontario County (N.Y.) District Attorney Michael Tantillo said Wednesday. At a news conference to announce that a grand jury had declined to indict Stewart in Ward's death, Tantillo said the level of marijuana in Ward's system was high enough to impair judgment.”

Suddenly, many of those who insisted that Stewart was at fault folded their tents. Members of the Ward family, who were unsatisfied with the grand jury’s decision, said they would still “pursue all remedies in fairness to Kevin,” which suggested civil legal action.

No evidence has come forward that a lawsuit was filed. UPDATE: That changed today with the filing of a civil lawsuit against Tony Stewart. Motorsport.com has full coverage.

Stewart copes in his own way

As for Tony, he remained essentially in hiding, mostly at his home in Indiana, until August 29 when he made a brief, emotional statement at Atlanta Motor Speedway, where he resumed NASCAR racing after a three-race layoff out of respect for Ward, and to “cope with the accident in my own way. It’s given me the time to think about life, and how easy it is to take it for granted.”

He finished 41st at Atlanta, his first race back. And this year, his average finish has been 24th. His is 25th in points, with two top-10s in 21 races.

Stewart has stopped doing what has always made him happiest: Racing on dirt tracks, in sprints or midgets. He said he may never race a sprint car again.

How much of his disappointing performance is due to lingering emotions from the Canandaigua tragedy? Only Stewart knows. Or maybe he doesn’t.

Stewart will race Sunday at Watkins Glen. The Empire Super Sprints will race Saturday at Canandaigua Speedway. There will be a moment of silence for Kevin Ward.

Life goes on for the rest. But for many who were involved, directly or emotionally, it won’t be the same.

Outside looking in: Allmendinger in need of another win at the Glen