Ryan Newman not focused on 'what could have been' at Daytona 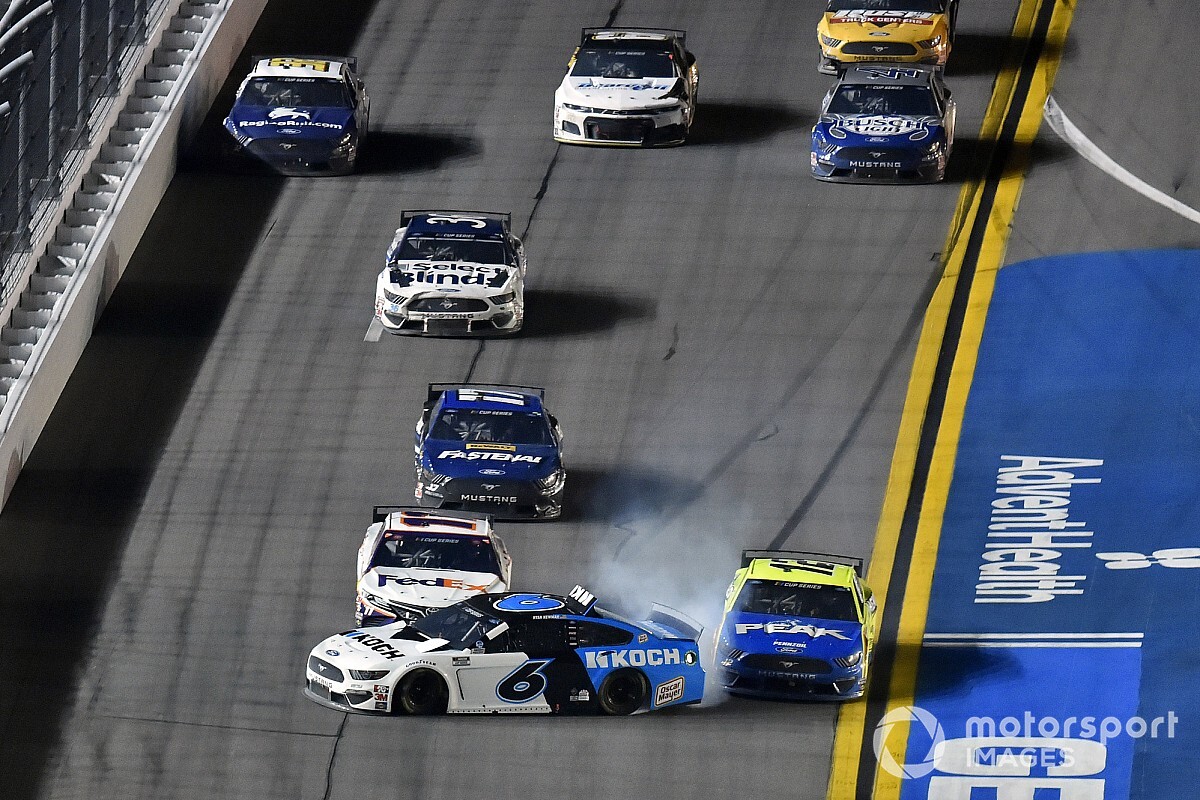 Ryan Newman was seconds away in the season-opening Daytona 500 from a very different year.

Instead, his involvement in a bad wreck while in sight of the checkered flag left him sidelined for three races while recovering from a closed head injury. Also lost was the benefit of the playoff berth that would have come with a 500 victory.

A two-month hiatus of the 2020 season due to the COVID-19 pandemic allowed Newman time to heal and return to his No. 6 Roush Fenway Racing Ford. The battle back into contention for wins has proved even more challenging.

Regardless, Newman says doesn’t dwell on the ‘what ifs’ surrounding a different outcome to the start of the season.

“No doubt I’ve thought about it, but the reality is it’s not the truth, it’s not what happened, it’s the ‘what could have been’ and everybody has that in their season,” Newman said. “We have to do our job to go back and kind of replay those events and make corrections to whatever mistakes or whatever differences we can to try to be victorious.

“That doesn’t go just for Daytona; that goes for every race track. The season no doubt has been a challenge in so many ways for so many people and our team. I feel like we’ve struggled a little bit, but I feel like we have the things that we need to make the corrections to be better and be stronger and be successful.

“So, we’re just going to keep our nose to the grindstone and carry on.”

Having missed three races has put Newman in a deep hole to make the playoffs on points – he’s 26th in the standings heading into this weekend’s race at New Hampshire Motor Speedway. His best finish since his return was 12th at Martinsville, Va., in June.

He does have a medical waiver from NASCAR which would allow him to use a win during the regular season to gain entry to the 16-driver playoff field despite not starting all the races.

Oddly enough, Newman will get two chances to earn that victory over the next month on the same track that nearly derailed his career.

Asked if he expected his return to Daytona to be an emotional one, Newman said, “I guess after February I’m pretty emotional every day. I’m just thankful for the opportunity to continue on. I get to hit the reset button in a roundabout way, not with my life, but the reality is just to continue to play on.

“I will probably be some sort of emotional going back to Daytona, but I don’t see it being a whole lot different than the kind of emotion I had getting in the car at Talladega or even going back to Darlington for that matter when I went and did my first test.”

Past experience on the road course

Newman is among a handful of Cup regulars who have experience on the Daytona road course, which will be run in NASCAR competition for the first time with no benefit of practice or qualifying. He competed on the course in an IROC car in 2006.

“I’d obviously like to win it really bad. That’s a no-brainer, for a playoff berth and just to get in Victory Lane in any form and any fashion would be pretty spectacular for me,” Newman said. “And then obviously some bitter-sweetness being in Daytona after February.

“Kurt Busch and some other guys that have done the 24 Hours (have laps), and that’s going to play to their advantage, and we’ll definitely do some sim work in trying to get a better understanding of our types of cars and that race track.

“The reality is, it’s going to be a lot of greenness for a lot of people when the green flag drops.”