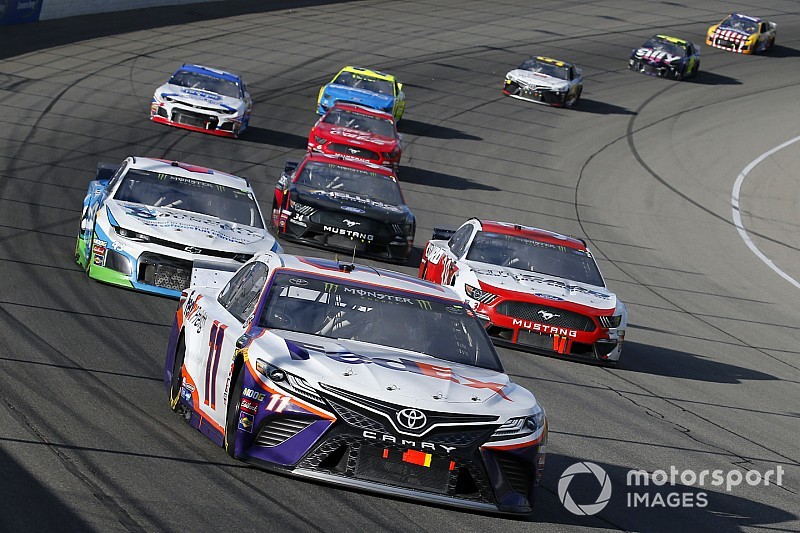 NASCAR President Steve Phelps reiterated the long-term success and health of the sport is tied to a successful rollout of the new Generation-7 Cup car and subsequent engine package.

NASCAR has been eyeing a 2021 debut for the car design with the new engine design to come the following year.

Although some flexibility remains in the rollout schedule, Phelps said “his guess” was the car would be introduced in 2021.

“The majority of the garage is on board with the 2021 start,” Phelps said. “Are there some that ’22 might work better for? There might be. We have to figure out how we get full alignment on what that’s going to be, and that’s what we’re working on.

“When the engines follows is a question. There are those in the industry who have asked why don’t we just introduce one car? Are we on track for a body and chassis in 2021 for what we call Gen-7, the answer is ‘yes’.

“We have a lot of stakeholders in the garage who need to feel as good as we are about where that car is and when it should be introduced.”

Phelps said the engine introduction will likely come down to whether the sport’s current manufacturers would prefer 2022 or 2023.

“We do have some time and I think with the exiting OEMs and the opportunity to bring in new OEMs with the new engine, they are all aligned with finding some electrification to that engine,” he said. “What the rest of it looks like, we have some time to develop.”

Everyone in NASCAR has a vested interest in the development and rollout of the new car, Phelps said, and emphasized its wide-ranging ramifications.

“In my opinion, the importance of this car can’t be overstated. It will allow teams to be profitable. That’s what it comes down to,” he said. “I think it’s as simple as that.

“The great news is that the fan will be the beneficiary as well, because I think the car will have better body styling that the fans I think will really enjoy. If we’re going to do this thing the right way – which we are – the racing, which is already fantastic, should get even better.

“So I think the entire industry wins.”

Not many schedule changes expected

As far as the 2021 Cup schedule goes, Phelps said he doesn’t expect the number of races (currently 36 points-paying races) will change.

Logano will start on pole at Daytona after qualifying cancelled