Truex's "amazing season" will include chance at Cup title 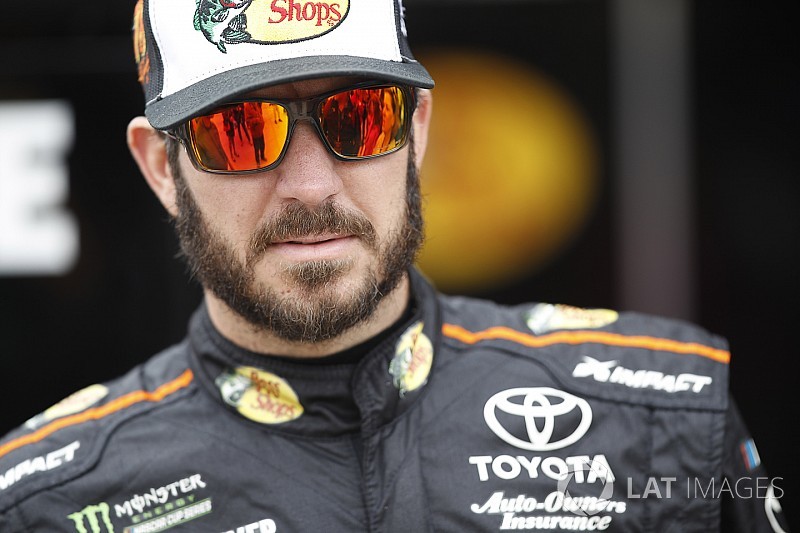 That’s not much of a shock considering the phenomenal season that he’s had, but how he did it may be a little surprising.

Truex – who has won six races on 1.5-mile tracks this season – was passed by Kevin Harvick with nine of 334 laps remaining in Sunday’s AAA 500 at Texas Motor Speedway. Truex ended up finishing second, but amassed a big enough points lead to lock in one of the four Championship 4 slots in two weeks at Homestead.

Through their wins over the past two weeks, Kyle Busch and now Harvick secured the right to race for the championship. With Truex claiming the third spot, that leaves one available position up for grabs next weekend at Phoenix for the five remaining playoff drivers.

“I knew (Harvick) was quicker – once he got around (Denny Hamlin) I guess it was, he started coming really fast and that’s all I had,” Truex said. “I just struggled a little on the long run today, which was normally where we’re at our best.

“He seemed to be better when he got out front – we were good when we got out front toward the middle of the race and we just got too loose in those long runs.”

Truex said lapped traffic interfered with his ability to focus on warding off Harvick’s advance in the final laps.

“I did all I could do on the inside, but we had (Trevor Bayne) and some other dummy racing side-by-side in front of us and I was way loose in traffic and I got loose going into (Turn) 1 and Harvick jumped to my outside,” he said.

“One of those deals, I think we could have held them off on a clean race track, but (Bayne) is in the damn way every week – that’s pretty normal.”

Despite the loss on the track, Truex said it felt “amazing” to have the chance to compete again for the series championship.

“It feels great. It feels amazing – that’s what we set out to do this year was to make it to Homestead and fight for the title and we feel like we’re right there,” he said. “To win seven races, it’s been an amazing season.

“When you get two seconds in a row and you’re disappointed, it says something about your team and your confidence in them. Just can’t thank everyone enough for their support throughout the years.

“I’m really excited to go to Homestead and I think we’ll have something for them.”

Harvick wins at Texas after late-race pass on Truex