Lajoie and Whitt to share the No. 72 TriStar Chevrolet in 2018 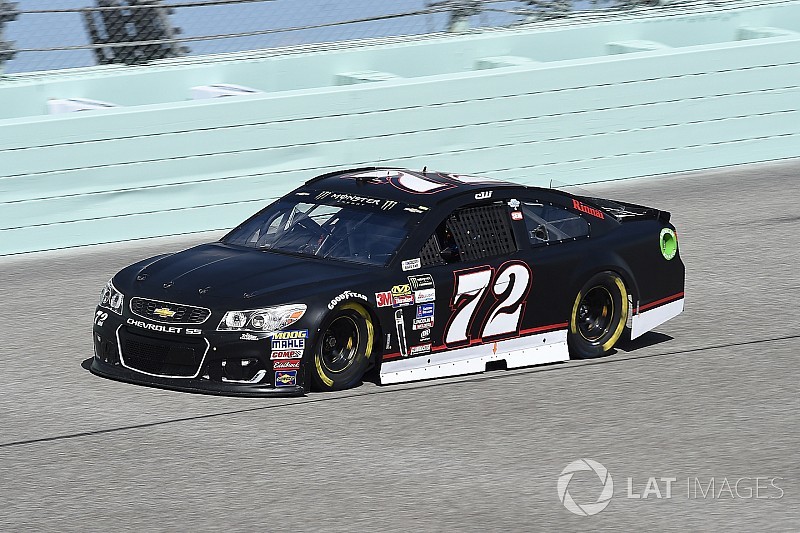 Cole Whitt, who competed full-time with the team in 2017, will return for a partial schedule behind the wheel of the No. 72 Chevrolet Camaro. According to a release from the team, it was Whitt's decision to decrease his schedule.

"I want to thank TriStar and the Smith family for allowing me to do something I feel is the right decision for me and my family," said Whitt. "I am excited and a little nervous to say that I will be racing a limited schedule this year.  I am looking forward to taking the next step in my life and trying to spend most of my time with my family. Stepping back from racing is a hard choice but I strongly believe this is the right path. TriStar has been an amazing blessing to me and my family and I look forward to what the future holds for both of us."

Corey LaJoie, the son of two-time NASCAR Xfinity Series champion Randy LaJoie, will contest the majority of races for the team. He will also be at the helm for the season-opening Daytona 500, having finished 24th in his only start to date in the event.

"It's such a great opportunity to work with TriStar Motorsports," said LaJoie. "I hope to use the learning experiences from my 2017 Rookie Season and work hard for some great finishes this year.  It's my goal to continue building a successful team with Bryan, while honoring the legacy his dad, Mark left behind."

Lajoie has just 34 Cup starts, finishing as high as 11th in the 2017 July Daytona race.

TriStar's best result last season came in the Brickyard 400 at Indianapolis Motor Speedway, where Whitt placed 12th after a high-attrition race. The team has acquired a charter from Front Row Motorsports, which will guarantee them a starting position in all 36 points-paying races on the 2018 schedule.

"We are taking a different approach with our competitive platform for 2018 by utilizing two drivers", said team owner Bryan Smith. "It is an opportunity we feel is the best direction for this season and accommodates the goals of both drivers as well as the team. We are more than pleased with Cole's efforts in 2017 and are extremely glad to have him back this season.

"He has been an integral part of our return to the Monster Energy NASCAR Cup Series and we appreciate his contributions to our team. We are equally as pleased to add Corey to our driver roster. His attitude, desire and ability are a welcomed addition and we feel he will be a great fit.  We feel both drivers embody the core elements of who we are as a team and are confident each will contribute to the betterment of our program."