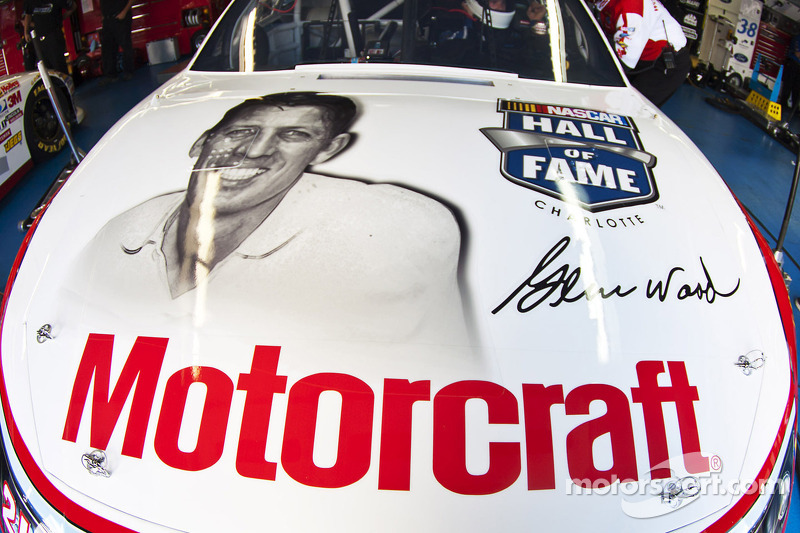 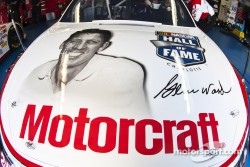 Trevor Bayne and the crew of the No. 21 Motorcraft/Quick Lane Ford Fusion knew what a big disappointment it would be for the entire NASCAR community if their car, with its Glen Wood tribute paint scheme, wasn’t in the starting field for Saturday’s Bank of America 500 at Charlotte Motor Speedway.

But Bayne and his Donnie Wingo-led crew, working without the safety net of a guaranteed starting position, put the pressures aside and came away with a top-10 starting position for Saturday’s race.

Bayne toured the track at 191.259 miles per hour on his qualifying lap to earn the 10th starting spot on a night that saw Ford drivers take seven of the top 12 starting spots. Bayne’s Ford was fast from the start, as he posted the ninth best speed in practice with a lap at 190.476 mph. Both his qualifying and practice speeds were the best of the go-or-go-home drivers who weren’t among the top 35 in car owner points and therefore not assured of starting spots.

Team co-owner Eddie Wood said he was especially proud of the effort, considering how much the paint scheme, based on the one that appeared on the 1963 Ford Galaxie that his father drove to his final win as a driver, meant to his family and to legions of Wood Brothers fans.

“We’re really happy to make the race,” Wood said. “There was a lot of pressure on Donnie and Trevor and the crew, but they worked hard all through practice and qualifying.”

Wood pointed out that while a top-10 qualifying result is impressive enough in itself, it’s even more noteworthy considering what was at stake.

“To put up that kind of lap when you’re trying to make the race on speed is something else,” he said.

Bayne, racing a Sprint Cup car at Charlotte for the first time and running in Cup for just the 15th time, said that even though he was pleased to make the starting field, he probably left a little speed on the track during his run against the clock.

“I definitely got a little bit loose in [Turns] One and Two, but I think I could have driven it a little bit different down there,” he said. “I tried to roll out early but stay in the gas a little bit until the center, and when I did that and finally unloaded I got loose.”

Then he got a little tight on the other end of the race track, but overall he was pleased with his effort.

“We went a little bit faster than practice, so that was good,” he said. “It was a good qualifying run for the No. 21 Motorcraft/Quick Lane Ford.”