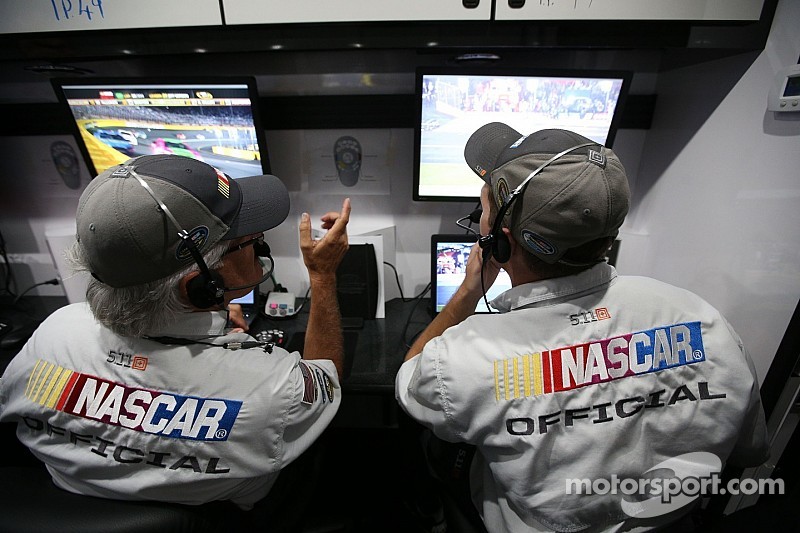 NASCAR Sprint Cup Series Director Richard Buck spoke about some of the changes in regulations heading into 2015.

With every new season of NASCAR, new rules and changes to already existing ones come about. 2015 is no exception. Talking with Motorsport.com's Lee Spencer, Richard Buck explained how NASCAR plans to control the group qualifying sessions more.

The most important thing is common sense

"We talked with the teams and the drivers and based on that, we've clarified the expectations. A couple things ... Race track specific, obeying the blend line, pit road speed will be enforced, and the commitment will be enforced."

"Secondly, we've identified more clearly how we expect them to join the pack. The most important thing is common sense, so everybody has an equal opportunity to have an unimpeded lap and safe session."

"You must rejoin from the bottom lane and then it becomes a judgement call. If we feel it was an unsafe move or that you've intentionally impeded somebody else's lap, we can end your qualifying session and so-on."

Onto the ban on side skirt manipulation, the sanctioning body is ready to dish out penalties that could potentially be catastrophic to one's race should they be tempted to alter the body in any way.

"If at any point during an event, we identify that a team has manipulated the body, we're going to use all resources, our new officiating system, our officials that are still on the ground, and network television," Buck told Motorsport.com

I think it will bring better racing because if your car isn't perfect to start with, you'll have a chance to adjust it during your run and before the first pit stop.

"There's two scenarios ... One, we'll bring them down (if it's under caution) and have them repair the car to our satisfaction, then they can rejoin the field at the tail-end with the other penalty cars. And once they take the green, they must do a green-flag pass-through.

"If we identify it under green, we'll have them come down to fix it and that also serves as their pass-through. If we identify a crew member involved in the manipulation, we'll start with a warning and ratchet it up from there."

Putting it in the driver's hands more

In 2015, drivers will have more of an opportunity to make adjustments themselves, specifically involving the track bar. Speaking about how that will change the dynamic of races, "From a superspeedway side of it, they've yet to see it. They were on the track at Michigan though and the feedback has been favorable. I think it will bring better racing because if your car isn't perfect to start with and there's probably 42 that aren't, you'll have a chance to adjust it during your run and before the first pit stop."