NASCAR may have found the perfect answer to its inspection issues 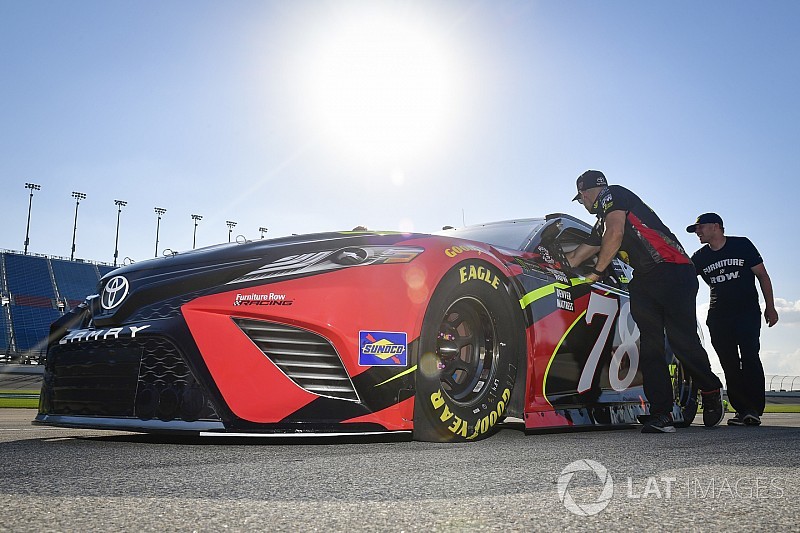 Overshadowed by the dramatics in Sunday’s Cup Series race at Chicagoland Speedway was the debut of another new NASCAR policy, one that may finally solve a lingering issue.

Due to the condensed Cup series schedule at Chicagoland – with all of the Cup series’ track activity limited to just two days – NASCAR altered its inspection procedures.

Cup qualifying was the last event on Saturday and teams were not required to be inspected prior to participating. Instead, they were all inspected after qualifying using post-qualifying tolerances (which offer a wider latitude than typical pre-qualifying inspections).

The catch was even if a team failed its first time through post-qualifying inspection, it would see its qualifying speed disallowed and the driver would start the race from the rear of the field.

That was the minimum penalty. Additional failures would result in bigger penalties, including ejection of team members.

Given the recent history of teams pushing inspection limits, rumors of dozens of failures were circulating before the race weekend.

But guess what? Only four teams failed to pass the first time through post-qualifying inspection last Saturday and no teams failed multiple times.

It’s stunning to see how teams can manage to get a car through inspection when faced with real and substantial consequences for failure.

This inspection process was scheduled to debut at the spring race weekend at Martinsville, Va., but the winter weather that weekend altered the schedule.

Right now, this inspection procedure is scheduled to be run only this season on weekends with a condensed track schedule, with its next appearance coming at Pocono later this month.

However, the new process may be the answer NASCAR has been looking for to rid itself of the bad optics of teams failing to get on the track to participate in qualifying.

Using this procedure, everyone gets to qualify and there is no reason why qualifying would not begin when it was scheduled to (barring weather delays).

If teams wish to push the limits to qualify, they end up paying a hefty price – losing their starting position and starting from the back of the field. Multiple failures would leave them without key team members for the remainder of the weekend.

Taking care of the problem

Gone are TV cameras focused on teams not participating in qualifying, or interviewing drivers from the garage when they are supposed to be on the track. Gone are the complaints from fans that they never got to see their favorite driver attempt to qualify.

Because qualifying was Saturday evening at Chicagoland, cars were impounded and no pre-race inspection needed on Sunday. That would have to be changed if NASCAR adapted this inspection process for every weekend (those with three days of track activity).

But other than altering the days’ schedules to ensure NASCAR officials’ time working qualifying inspection doesn’t overlap with any companion races, there is no tangible reason it couldn’t be adapted for every race weekend.

Yes, it’s possible the pole winner could see his time disallowed after the fact, but that is nothing new and has always been possible. To ensure fans in attendance see the “true” pole winner, NASCAR could put the drivers with the top five speeds to the head of the inspection line and clear them first.

Sometimes NASCAR policies have unintended consequences and many times they are unwanted ones.

The new post-qualifying inspection process has the chance to eliminate a nagging optics problem for NASCAR and it appears to have found the way to rid itself of it once and for all.

It shouldn’t waste the opportunity to do so.

NASCAR Roundtable: Where does the Chicagoland finish rank?