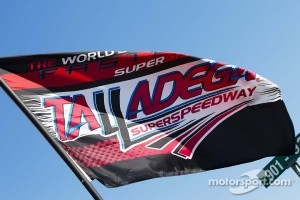 DAYTONA BEACH, Fla. (Oct. 25, 2011) – NASCAR has issued penalties to the No. 00, No. 47 and No. 56 teams that compete in the NASCAR Sprint Cup Series as a result of rule infractions discovered during opening day inspection Oct. 21 at Talladega Superspeedway.

All three cars were found to be in violation of Sections 12-1 (actions detrimental to stock car racing); 12-4-J (any determination by NASCAR officials that the race equipment used in the event does not conform to NASCAR rules detailed in Section 20 of the rule book, or has not been approved by NASCAR prior to the event); and 20-3.2.1A (unapproved modification to an approved windshield) of the 2011 NASCAR rule book.