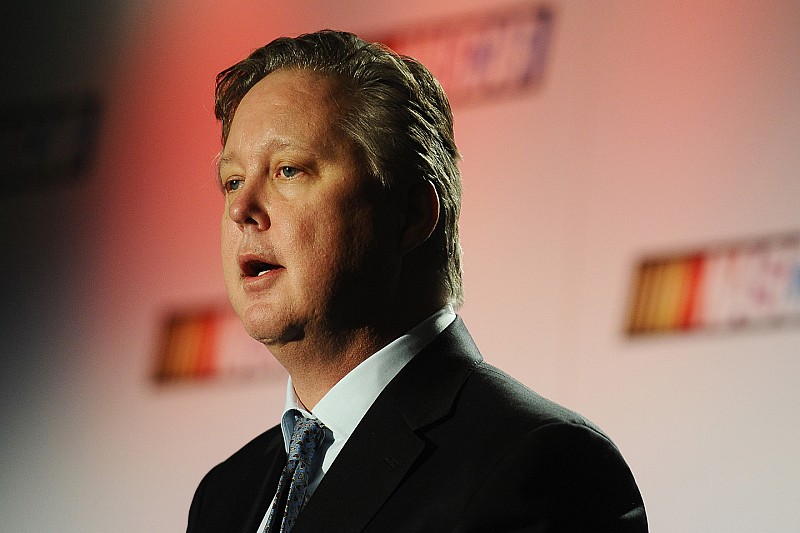 During this week’s 2016 Associated Press Sports Editors Meeting, NASCAR Chairman Brian France said the sanctioning body opposes N.C. House Bill 2 and is “working behind the scenes” to change the law.

House Bill 2, passed March 23, sets a statewide definition of protected classes of citizens that doesn’t include sexual orientation and gender identity. It also struck down a city of Charlotte ordinance that would have allowed transgender people to use the bathroom of the gender with which they identify.

NASCAR standing against "any discrimination, unintended or not"

During his appearance at the APSE meeting, France was asked, since many other N.C. companies have taken a stance, did he think NASACAR should take a stand on the law.

“I do and we did in Indiana when similar discrimination which were more religious occurred. We take the position that any discrimination, unintended or not, we do not like that and we are working behind the scenes, and we are not a political institution,” France said to the group.

“We don’t set agendas or write laws but we express our values to policy makers. We will and we do. We are real clear about that.”

Trying to be part of the solution

France said NASCAR is trying to be a part of the solution and not interested in making “a bunch of threats.”

“We are very direct and we do our civic part. We like to think we take a lot of out of communities and run events and do business in North Carolina and so when asked to put back into these communities and be part of big and small decisions, we want to be there but we are one small piece of the fabric,” he said. “We want to play our role but not overstate our role.”

France said he did not know if the law would change, and the issue went far beyond just what was taking place in North Carolina.

“Twenty-six different states have versions of this law. I’m not close enough to see how it will play out,” he said. “They know our position very clearly.”