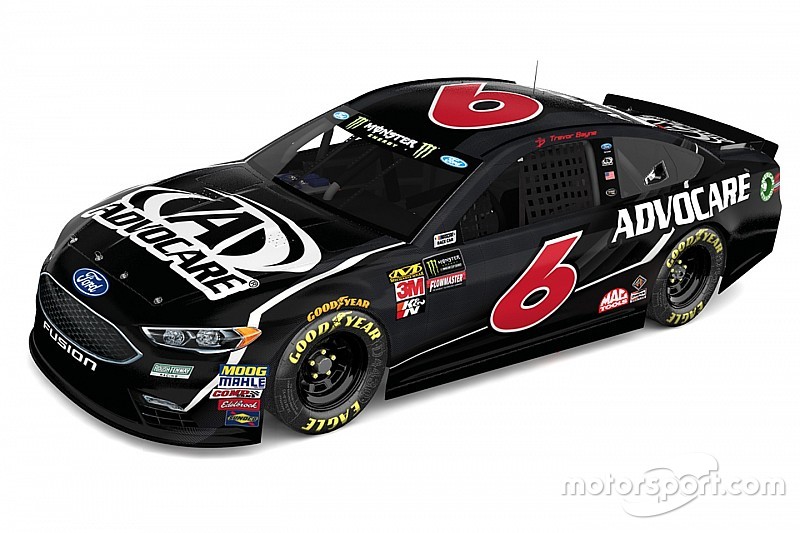 Trevor Bayne will compete next season with a familiar sponsor but a new look on his No. 6 Roush Fenway Racing Ford.

AdvoCare returns next season as the primary sponsor of Bayne’s No. 6 team in the Monster Energy NASCAR Cup Series but will feature a primarily-black paint scheme.

“This new paint scheme is pretty awesome,” Bayne said in a statement. “If you look through history a lot of the great drivers have driven black race cars as their primary scheme and I am pretty excited to have one as well going into 2018.

“I think this new look by AdvoCare is really great and shows that we mean business every time we head out onto the race track. This scheme just makes me even more excited about getting back behind the wheel in 2018.”

The primarily black livery is the first for Roush’s No. 6 in the Cup Series since 2005, when NASCAR Hall of Famer Mark Martin drove for the team.

“It is really cool to have the No. 6 Ford black again for Roush Fenway,” Bayne said. “I know that Mark ran really well in these colors and hopefully we can replicate that same success next season.”

Bayne, who won the 2011 Daytona 500 with the Wood Brothers, finished 22nd in the series standings last season with a career-best six top-10 finishes. His best finish was third in the fall race at Talladega, Ala.