NASCAR Roundtable: Watkins Glen will give others a chance to shine 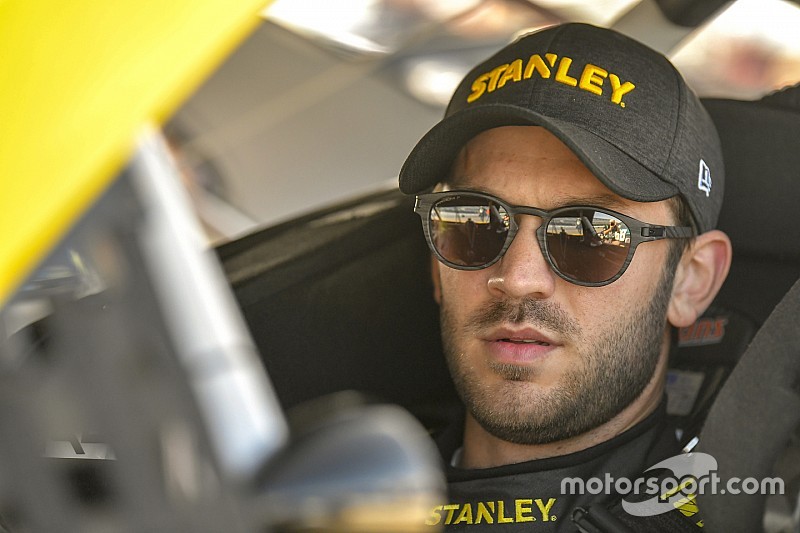 The Monster Energy NASCAR Cup Series heads to Watkins Glen International this weekend for their final road course race of the year.

Daniel Suarez is coming off his best career finish in the Cup Series last weekend at Pocono, finishing second to Kyle Busch. He placed third at Watkins Glen last year. How would you rate his chances of becoming the first Mexican-born Cup winner at WGI this weekend?

Jim: Some of Suarez's best performances - outside of his wins - in NASCAR competition have come on road courses, and in particular Watkins Glen. Pocono was the most complete race Suarez has run in the Cup series from start to finish and he seemed genuinely excited that the next race on the calendar was The Glen. For good reason, I think. I suspect he will be a contender this weekend, but again, Kevin Harvick, Kyle Busch and Martin Truex Jr. will be hard to beat there just like everywhere else.

Kenny: I don’t see Daniel winning this weekend at Watkins Glen. He wasn’t in contention earlier this year at Sonoma in the series’ first road course race and he’s had only one previous start at WGI. A runner-up at Pocono will boost his confidence, no doubt, but the team hasn’t been consistent enough for me to consider him as a threat to win each week. As far as his chances at eventually winning, sure. He’s talented and continues to improve. He and his team are more than solid enough.

Nick: Absolutely, but although his chances of winning may be better at a road course, the same rings true for A.J. Allmendinger and the other road course aces in the field. Suarez will have the opportunity to contend, but being a road course, there will be names other than the Big 3 he has to deal with.

Tim: Can Daniel Suarez win this weekend at Watkins Glen? Absolutely. Is it likely? I don’t think so. While NASCAR would really love to see Suarez in Victory Lane to help with storylines and help with its new push in the international markets, I don’t know if Suarez can top someone like Kyle Busch this weekend. Suarez and his team have shown improvement and I still feel a win will come for him soon and that will be great for the sport.

JIm: It's going to take a really good day for Bell to tie Sam Ard's record with a victory this weekend. While he has won numerous NASCAR Truck and Xfinity races, his starts on road courses have been very limited. Fast cars tend to help everywhere, so I believe Bell will have a chance but I believe Ard's record will remain intact.

Kenny: Bell has run extremely well lately but winning again, at Watkins Glen, certainly won’t be easy. Not with a Cup driver list that includes Brad Keselowski, Joey Logano and AJ Allmendinger. Xfinity drivers are always saying how they want to compete against Cup folks. Well, have at it and best of luck.

Nick: If they weren't going to Watkins Glen this weekend, I'd say yes. But these road courses are so unpredictable and Bell will be up against some really strong road racers. His only road course start in the Xfinity Series so far came at Road America in 2017 where he finished 19th, so I would say his chances of getting a fourth straight are slim.

Tim: If the series was at an oval track this weekend I would really feel comfortable saying Bell has a very good chance of tying the record. With the series at Watkins Glen and some of the drivers entered in Saturday’s race, if he does win it might be a little bit of an upset win.

Several Cup drivers will compete in the NASCAR K&N Pro Series East race on Friday at Watkins Glen. Do you think it's good or bad for the series to have Cup drivers compete against the younger competitors?

Jim: I have never been told by a driver in a lower series that they don't like competing against the best. In my opinion, even if a lower series driver doesn't win the race but is able to battle nose-to-nose with a Cup series veteran, that still does wonders for their reputation, and even their career. Will Rodgers got noticed for finishing second to Harvick in the K&N West race at Sonoma last year. Since then, he's won every K&N road race he's entered. Not a bad stat.

Kenny: I think the K&N Pro Series, as well as others, was created as developmental series, not as a place where drivers already competing at the top level could hang out and get additional track time. I want to see K&N drivers in a K&N race. If I want to see Cup drivers race, I’ll watch a Cup race.

Nick: For K&N, it's fantastic. The series doesn't get near the exposure of the top divisions, but when Cup drivers come down, it's only good for them. Not only does it get more media attention, but these up-and-comers get to display their talents in sight of some of the best in the sport with the opportunity to potentially best them.

Tim: I know the feelings are mixed at best between media, competitors and fans but I feel this can only help the series. It raises awareness of the series as more fans are likely to follow the event and also the competitors in the series can also compete against some of the best drivers in the business. It also helps younger drivers to learn or maybe get noticed while competing against Cup drivers.

A.J. Allmendinger is often mentioned in conversations to contend for a win on the road courses. Do you feel there is another driver to watch this weekend that no one is talking about?

Jim: Brad Keselowski remains without a win this season, although he is in a good position to make the playoffs on points. Still, I don't think many people are talking about seeing him in Victory Lane. Keselowski, however, has become a very capable road course racer and I have a feeling his team is going to go all-out this weekend in an effort to get a win and cement their playoff spot.

Kenny: Clint Bowyer. The Stewart-Haas Racing driver has one career road course win (Sonoma, ’12), but often seems to be in the mix. He’s finished in the top five in his last two road course starts – third at Sonoma earlier this year and fifth at WGI last August. If there’s an overlooked contender this weekend, I believe it’s Bowyer.

Nick: I'd also say Brad Keselowski. He's a strong road racer and in dire need of a victory, especially after a poor result at Pocono. In 2017, he led 20 laps at WGI and has three runner-up finishes there.

Tim: With five top-10 finishes in eight starts highlighted by four top-fives at Watkins Glen, Brad Keselowski is one of the best performing drivers on the course without a win. He’s also still looking for a win this season and I feel it wouldn’t be a big surprise at all to see him in Victory Lane this Sunday. He’ll still have a huge task to get past the ‘Big 3’, he has the experience and the car to challenge for the win.