Roundtable: Would sale of NASCAR be good for the sport? 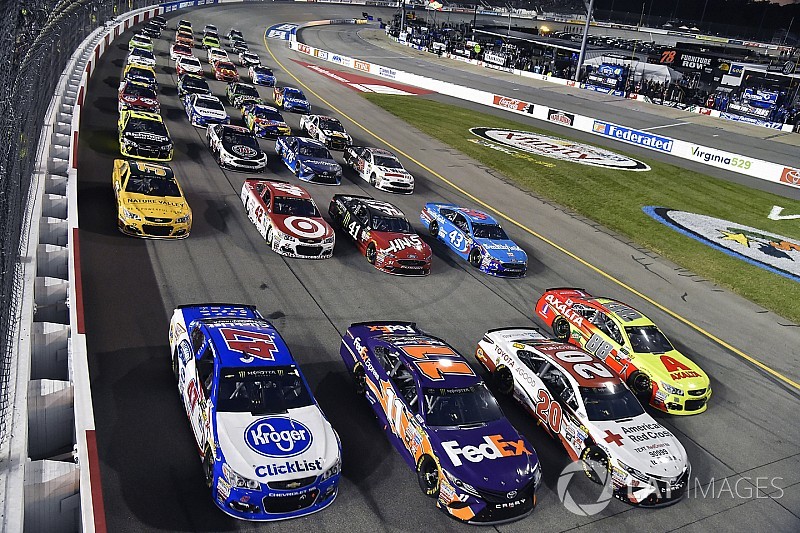 With speculation that NASCAR may go up for sale and the return of Matt Kenseth, there is plenty to discuss on this week's NASCAR Roundtable.

The NASCAR team of Jim Utter, Nick DeGroot, Tom Errington and Tim Southers provide their take on some of the biggest topics in the world of NASCAR this week.

There have been published reports that the France family might be pursuing a possible sale of NASCAR. Do you think this would be good or bad for the sport and why?

Jim: Hard to say whether it will be a bad or good thing until you know who a potential buyer may be. I think there are good reasons to believe that an outsider organization may be able to offer some fresh perspectives and in some ways it may take someone not "connected" to the "ways things have always been done" to get to tackle some very difficult issues - like the length of races. You can be sure that if it is a media company that shows interest in a purchase, that will be one of the first things they will look at. NASCAR needs to be made more made-for-TV friendly.

Nick: At this point, I cannot say. It all depends on who the buyer would be and what their plans are for the future of the sport. But I will say that NASCAR is in desperate need of a shake-up and fresh ideas. I hope it happens sooner rather than later because having this cloud of doubt and rumor following the sport's direction isn't good for anyone.

Tim: While this is purely speculation at this point, I would not be shocked if this eventually does happen. Although I don’t think NASCAR is going to go away completely as some think, there is a value for this property and I think it’s smart if the France family wants to explore options and to get a true market value of their company. I agree that hard decisions have to be made moving forward and maybe it could be a good thing to get a fresh perspective on some future decision making.

Tom: Now's the time to get out of NASCAR. It's an inescapable fact that TV figures are falling and attendances are down. With a looming new TV deal, it would be smart for the France's to sell while NASCAR has more value, boosted by its buyout of ARCA. From a sporting perspective, a fresh break and a new platform for NASCAR is probably needed. Formula 1 had a similar identity crisis as Bernie Ecclestone refused to move with the times and it's on an attempted corrective course with Liberty Media.

Matt Kenseth returns to competition with Roush Fenway Racing this Saturday night at Kansas Speedway. What kind of finish would you expect Kenseth to consider it a 'successful' return in his first race back this season?

Jim: I think Kenseth's return will be a "success" if he is able to offer some information to Roush Fenway that can better determine if the performance of the No. 6 team is due to a driver issue or a problem with Roush's equipment. If Kenseth ends up running in the 15th to 20th range in the race, it's going to be hard to say Trevor Bayne is the sole cause of the team's problems. I have every confidence in Kenseth's abilities, but I will be shocked if he gets in the car and immediately is running in the Top 10 or Top 5 or contends for a win. If he does, then Roush needs to find a way to get Kenseth in the car for the rest of the season now!

Nick: His presence is great for NASCAR and Roush Fenway Racing, but purpose is not just give to achieve results. He's being brought in to offer valuable insight and help RFR pull themselves from this rut they are stuck in. So success for Kenseth isn't just in the finishing position, but in what he has to offer the team. As for how I think he'll perform, I expect him to be, at the very least, on par with Stenhouse and inside the top 10 or top 15.

Tim: I think a top-10 would be considered a ‘win’ for that team at Kansas. While I understand why the decision was made to bring Kenseth back, I honestly don’t think it was all the driver. Does Kenseth have more experience and a better career resume than Bayne, of course, but I don’t think putting him in a car that has clearly struggled to perform will make an immediate difference.

Tom: The excitement behind the return of Kenseth is good for NASCAR and for all drivers are talking about him in lofty terms but there needs to be a dash of realism. The #6 car in the hands of Trevor Bayne hasn't had a top 10 finish yet. There's some solace in the fact Ricky Stenhouse Jr has taken two top fives, but it's hard to see Kenseth hitting those heights so quickly. It won't be fair to judge Kenseth until he's had a few races with Roush Fenway Racing.

Jimmie Johnson was one of only two Chevrolet drivers to finish in the top-10 at Dover and he didn't lead a single lap at a track he's dominated at throughout his career. Should the Chevrolet teams be worried about their car and on-track performance for the remainder of the season?

Jim: If the best Chevrolet can do from the driver who has had the most success at Dover is ninth, I'm afraid Chevrolet has a lot of work to do. True, Kyle Larson did win the pole and may not have been able to show off his true potential since he had to start the race from the rear of the field, but I don't think the outcome would have been much different, especially considering how the Stewart-Haas Racing cars were performing. At this rate, one has to wonder if Chevy's best hopes this year will be on superspeedways and road courses.

Nick: They had cause for concern before Dover. Hendrick has been making gains, but Chevrolet as a whole remains behind their rivals. They have work to do and if they are only taking notice of it now, then I fear they'll never catch-up.

Tim: I must admit, I’m very surprised by the performance of Chevrolet this season. I, like many who follow the sport closely, expected there to be some issues at the beginning of the season but not like this at all. One thing is certain, if Jimmie Johnson can only finish ninth at Dover, then there has to be something missing this season for Chevrolet.

Tom: Chevrolet should have been worried before Jimmie Johnson's run at Dover. The fact that a star team like Hendrick Motorsports has struggled to get to grips with the new Camaro suggests there are flaws. Of course, Toyota took a while to get the ball rolling with the new Camry last year - a point Chevrolet has made - but there should be concern from General Motors. It has time on its side before Ford will revive the classic Mustang v Camaro battle and it should be aiming to take advantage of a new Ford in style.

The Truck Series returns to Kansas Speedway with Johnny Sauter the only repeat winner thus far this season. Do you think he can win his third race this season at Kansas on Friday and who has the best shot of keeping him out of Victory Lane?

Jim: GMS Racing is certainly on top of its game right now, and I would not be shocked to see Sauter get his third win of the year. But Noah Gragson came within a whisker of picking up his first win of the year at Dover and I believe his new-found confidence - with much of it from his stellar Xfinity Series debut at Joe Gibbs Racing - will continue on at Kansas. Plus, Gragson's truck owner, Kyle Busch, will be in the race (as if he needed extra incentive to win).

Nick: Rowdy's back, so there's my pick. With Kyle Busch back in a truck, he is the obvious favorite and if Sauter wants a third win, there's no doubt that he'll have to find a way around Busch to get it.

Tim: I think Sauter is the driver to beat this season in the Truck Series so he could very easily score his third victory of the season. Noah Gragson was challenging Sauter for the win as has shown he has a truck capable of winning and after wrecking going for the win last week at Dover, I feel he could come back again this week and score a win as well.