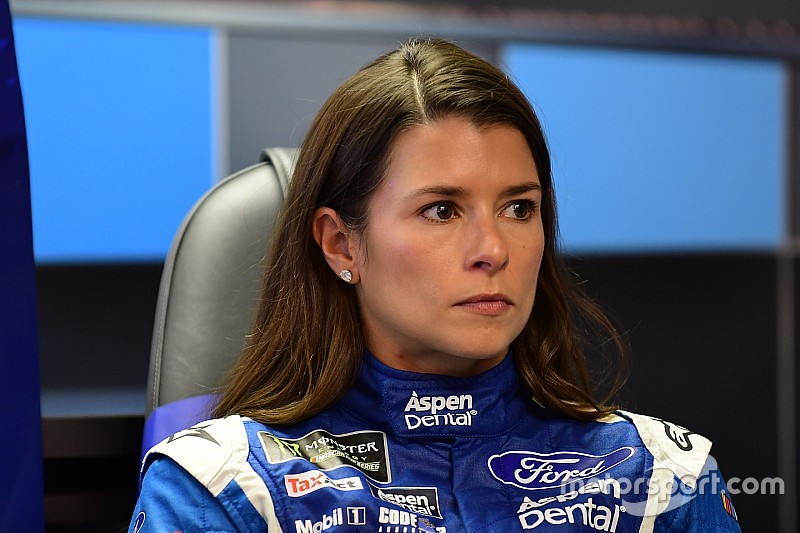 The Motorsport.com NASCAR team weighs in on the hottest topics in stock car racing this week.

1. It seems NASCAR is catching more teams with post-race tech issues. Does it just seem like an increase or is there a trend developing? Also, do you think if the trend continues, NASCAR will toughen penalties?

Lee Spencer: I believe the penalties are just receiving more attention during slow news cycles. It’s not unlike NASCAR to escalate sanctions if they feel teams are taking advantage of a situation. But we’re not there yet.

Nick DeGroot: I think NASCAR is content with where their penalty system is. Teams will push the envelope no matter what the repercussions may be ... they always have. As for catching more, I think it's just the big names and consequent media attention that make it seem like more than usual.

Tim Southers: I think the penalties so far are not out of the ‘normal’ range, but some have received some additional media coverage and with one team in particular – Team Penske – racing it’s fresh on everyone’s minds. Team Penske will have both regular crew chiefs for their Monster Energy NASCAR Cup Series teams on the sidelines this weekend in Kansas.

2. Kyle Busch said he couldn’t wait to get to a ‘real race track’ this week at Kansas Speedway after racing at Talladega Superspeedway. Do you agree with his assessment of Talladega or was it just his frustration coming through?

Jim: By "real race track" I assume Busch was referring to a non-restrictor-plate track, as downforce tracks like this week at Kansas make up the bulk of the season's schedule. Busch is entitled to his opinion although his choice of words certainly alienated many fans who love the pack racing at Talladega and Daytona. But Busch has never let anything impede his willingness to speak out.

Lee: One commentator said on Monday that he believes Busch is more upset when he loses than he is happy when he wins. The younger Busch has never taken losing well. But why would we want  him to? When that happens, his edge will be gone. No, I don’t agree with his assessment, and if he had won he’d be singing a different tune.  Busch had no friends at the end of that race which certainly fueled his frustration.

Nick: If Kyle wins the race, he wouldn't have said what he said. He just suffered a close defeat and was caught up in the heat of the moment. As for the statement itself, I feel it was unfair. Talladega's style of racing is just different ...  A win there isn't worth any less than any other track.

Tim: I don’t agree with Mr. Busch’s assessment of Talladega Superspeedway, but how I love the fact we have a driver that speaks what he feels and that is so refreshing and what fans have been begging for from drivers lately. I feel he was more frustrated than anything else. I wish we had about five more Kyle Busch’s in the field each week now.

3. Ricky Stenhouse Jr’s, win was a popular one for him and his veteran car owner Jack Roush. Who do you think will be the next ‘surprise’ winner in the Cup series? Could Bayne also join his teammate in Victory Lane this year?

Jim: I expect a win any week by either Chase Elliott or Ryan Blaney, but I'm not sure either would be considered a "surprise" considering how well they have been running of late. A Trevor Bayne victory would certainly come as a surprise and there is no reason why Bayne couldn't pull off a similar victory to Stenhouse's considering he is a former Daytona 500 winner. Roush has made considerable improvement this season but I'm not sure they are ready to be in contention for a win at a downforce track.

Lee: Erik Jones will win, but I wouldn’t call that a surprise since Furniture Row Racing has solid equipment right now. I’d consider it more of an accomplishment since he is a rookie. And yes, Bayne could join Stenhouse. This is the most consistent season he’s ever had. And if Roush is serious about returning to three teams for 2018, the pressure will be on both Bayne and Stenhouse to perform.

Nick: Since you say surprise, I'll leave Chase Elliott out of this. Under the right circumstances, a surprise win could come from drivers such as Austin Dillon or Trevor Bayne, but I think Ryan Blaney and the Wood Brothers could do it on outright speed. That team is extremely strong, but with Blaney still searching for his first win  and the No. 21 haven't been to Victory Lane in over six years, I'd consider them a surprise winner.

Tim: I think the next surprise winner could be Chase Elliott or Ryan Blaney but they’ve been fast all year and running up front in many races. A true surprise winner for me would be Austin Dillon or Kasey Kahne. As for Bayne, his team has shown significant improvement this year and as a former winner of the Daytona 500, I certainly think he could get a win this year.

4. Danica Patrick sounded like a driver who might be thinking of hanging up her driving gloves soon after getting caught up in the ‘big one’ on Sunday at Talladega Superspeedway. Do you think this is her last season and why?

Jim: I have no doubt this is Patrick's final season at Stewart-Haas Racing. Whether she may entertain the thought of joining another, less competitive team, I don't know. But if she can't acquire necessary sponsorship while competing at a top-level team like SHR, it's unlikely she would do so anywhere else. At some point in time in every driver's career, performance becomes the deciding factor in their future. Danica has reached that point and probably was given a longer opportunity than most considering her lack of results. With Dale Earnhardt Jr. and Patrick gone in 2018, the media's top-two favorite "go to" subjects will be gone and they might actually have to spend some time discovering the rest of the talent in the garage.

Lee: I think this is Patrick’s last season because she simply has not exhibited any improvement in the  last six years. She’s currently 31st in the standings and has wrecked three times this season. That’s a hard sell for a team to a sponsor particularly in equipment where here teammates are thriving.

Nick: I can't say for certainty if this is Danica's final season, but that interview was very telling. Regardless, I feel she is nearing the end of this NASCAR experiment, having struggled for results in top-tier equipment.

Tim: I feel this will probably be her final season in the Cup series. Part of me hopes not as I think she’s been great for the sport in getting young girls interested. Unfortunately, sooner or later, you have to produce results or run better and she’s not been able to gain any consistent strong finishes. I honestly thought she would have performed better by now, but this is a tough sport with very competitive teams.