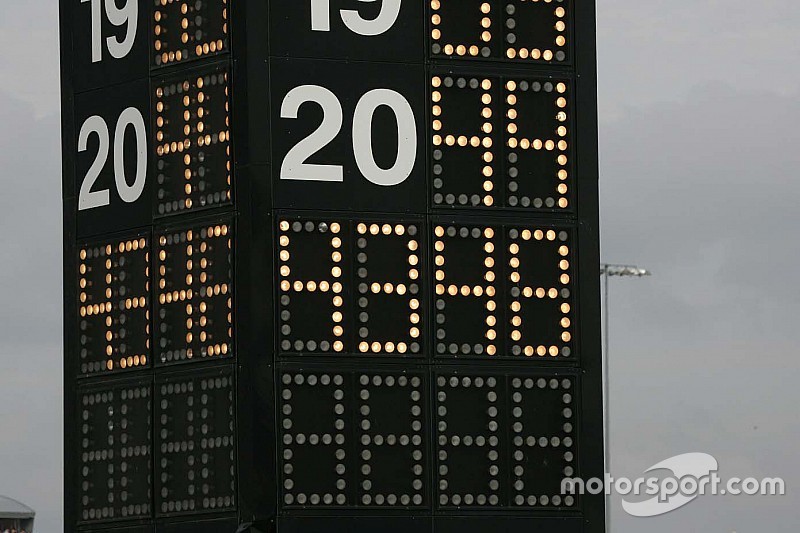 The convergence of several unusual incidents during Sunday’s Goody’s 500 at Martinsville (Va.) Speedway, produced a record 29-lap and nearly 20-minute delay – one NASCAR officials vowed not to let repeat in the future.

At the end of an unusually long green-flag run and in the middle of green-flag pit stops, Carl Edwards’ No. 19 Toyota blew a tire on Lap 356 of 500 which immediately put the race under caution.

We understand the stakes of the Chase – they are extremely high. Our job is to get it right

Many teams had not yet completed their stops when the caution was displayed and several teams were caught on pit road, a phenomena which typically causes scoring headaches for NASCAR.

In addition, the race leader at the time of the caution, A.J. Allmendinger ran out of fuel and was forced to pit, while Jimmie Johnson – one of the cars still on the lead lap – had a fuel pickup problem and accidentally hit his engine kill switch, which briefly cut off his engine.

Taking the time to get it right

The individual problems kept delaying the restart, as some drivers took it upon themselves to pull up along other cars – a practice to indicate to NASCAR they were questioning their position in the lineup.

“Today’s situation was very unique and we were in the middle of green-flag pit stops,” said Sprint Cup Series director Richard Buck. “That presents one set of issues and then as we got the lineup ready we had the leader run out of fuel, so we had to start over.

“We understand the stakes of the Chase – they are extremely high. Our job is to get it right. We then had another dynamic with (a large group) of wave-arounds. We took our time to make sure we got it right.

“It took a while but we felt very confident we got it right.”

The race was eventually returned to green on Lap 387 with Denny Hamlin in the lead.
Buck said NASCAR would consider a stopping the race (a red flag) but the problem Sunday was the circumstances kept changing.

“We felt we were headed to a quick resolution and then we were presented with completely different circumstances and we were focused on making sure we got it right.”

Steve O’Donnell, NASCAR’s executive vice president and chief racing development officer, told several fans on Twitter that the sanctioning body had to find a way to move the process along more quickly.

The delay actually appeared to help Edwards’ team, which immediately went to work in the garage on repairing his car and he lost far less laps then if the race had returned quickly to green conditions.

“I have to imagine sitting up there being NASCAR is the hardest thing in the world to run all those (caution) laps, but it’s the right thing and I applaud NASCAR for getting it right,” Edwards said.

Jeff Gordon, running his final race as a substitute for Dale Earnhardt Jr., received the free pass on that caution, which left him stunned.

“How do you get the free pass when the leaders behind me don’t pit?” he said. “They have to get their computer system to be a little bit more human. They are so set in their ways about locking everything in (at the time of a caution), they don’t know how to adjust when cars have a problem.”

At least 10 fans struck by vehicle after Martinsville race, suspect in custody

Johnson on Hamlin: "I don't know what he has cooking in his head"