RCR and its affiliates fill the top ten at Daytona 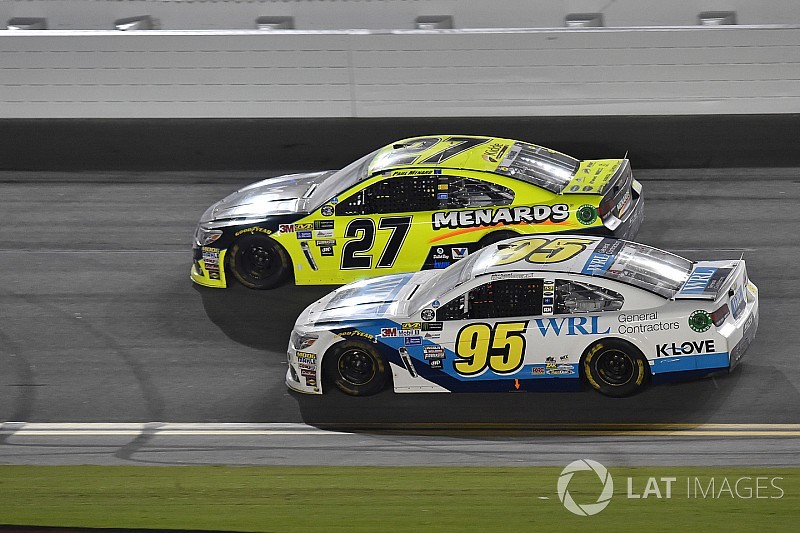 Ford teams have won all three restrictor-plate races in the Monster Energy NASCAR Cup Series so far this season, but Richard Childress Racing has not been far behind.

RCR and its affiliated teams filled six of the top 10 positions when a long, wild Coke Zero 400 finally came to an end Saturday night at Daytona International Speedway.

Outside of victories this year by Newman and Austin Dillon, Saturday night ranks as one of the most successful performances of the season for the RCR organization.

“We got some really big runs towards the end and made up a lot of ground and Clint Bowyer pushed the heck out of me on the last lap. I just couldn’t get a run off Turn 4 coming to the checkered. I guess I used it all the lap before,” said Menard, who earned his best finish of the season.

“All in all, it was a really good weekend for us, for RCR, and for ECR (Engines). We had a lot of RCR race cars up front with ECR horsepower, so there was a lot of speed this weekend.”

McDowell’s fourth-place finish was a career-best and continued a string of strong performances this season by his fledgling Leavine Family Racing team.

“It was a great run for us, really building off the Daytona 500 where we were in the top-five and ran out of gas. We really had a fast car,” McDowell said. “There was just a lot of hard racing out there tonight. Three-wide, bumper-to-bumper all night long.

It is great to have a top-five – really excited about that. Coming to the white, I thought I might have had a shot at (the win). We have great people. They are relentless and they work hard, everybody back at the shop. ECR power under the hood – that helps.”

Even though he finished 16th, Ty Dillon – RCR owner Richard Childress’ grandson – found himself in the mix for the victory almost to the conclusion of overtime.

A rookie this season in the Cup series with Germain Racing, Dillon couldn’t find any help on the last lap.

“I wanted to do it so bad for (owner) Bob Germain who gave me this opportunity. That is two close ones and if you keep getting these close ones, you will get one eventually,” Dillon said. “We work hard every week but not every week are we contending for wins, but when it’s our chance, we make the most of it.

“I don’t know as a rookie, when it’s the white flag, you go for it. Nobody went with me and so that is kind of the pains of being a rookie, but I would have been mad at myself if I didn’t make a move right there.

“The move cost me a good finish but didn’t really determine what our day was.”

The King turns 80: Richard Petty gets his birthday wish