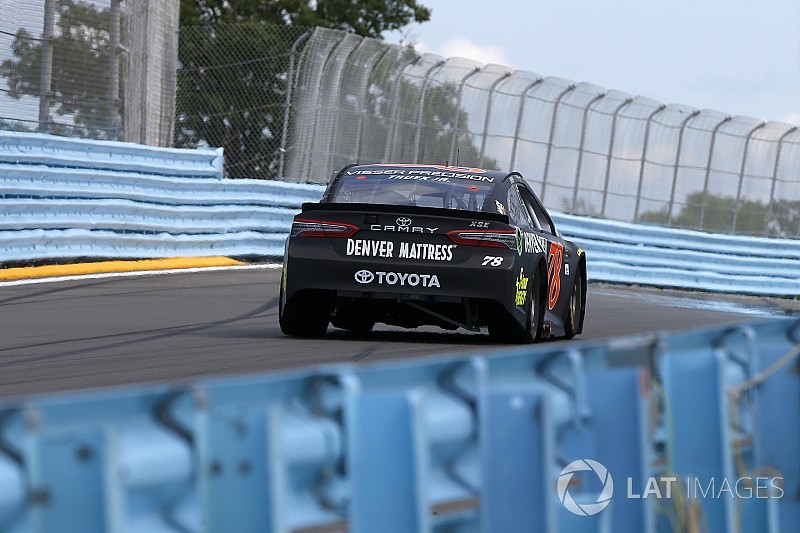 Dale Earnhardt Jr. said the only two things that matter in racing are trophies and money.

In an effort to deter teams from continuing to play with rear end suspensions, NASCAR upped the money end of that equation on Friday.

After a week where the post-race story shifted from the playoffs to Denny Hamlin’s illegal car and encumbered Darlington race wins, NASCAR felt the need to react. But NASCAR isn’t willing to take away the trophies just yet.

“I was just hoping they’d get rid of it,” said crew chief Cole Pearn of the rear suspension rule. “Instead, they’re ratcheting it up. It’s so hard. I wish there was some type of pre-race check for it then we don’t have to worry about it in post-race and all the bad press.

“I feel there has to be a better solution than the way it currently is. But that’s the way it is.”

While the argument continues that it’s in the best interest of the sport for fans to know who the race winner is before leaving the track, it still tarnishes the victory when the winning car is found to be illegal three days after the fact.

Pearn, who clinched the regular season Monster Energy Cup Series title with the No. 78 Furniture Row Racing team and driver Martin Truex Jr., at Darlington, has weathered his own storms with NASCAR in the past. This season, his only infractions are lug nut violations earlier in the season. But because his cars continually run up front, his team has spent ample time at the NASCAR R&D Center in Concord, N.C.

“I think the more things we can check before the race — so when the race happens it’s legit and less things afterwards -- it’s going to be better for everyone,” Pearn added.

Hamlin: "I'm fine with taking wins away" from rule violators