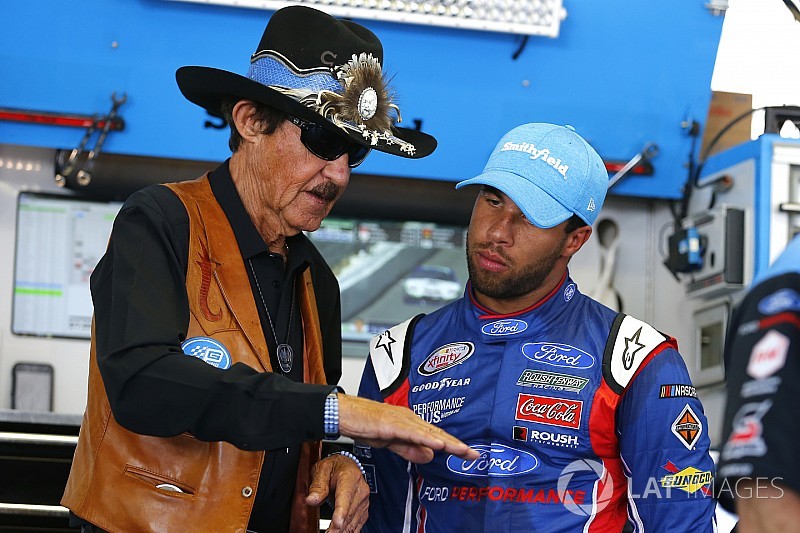 Richard Petty Motorsports will part ways with Aric Almirola after the 2017 season.

Darrell “Bubba” Wallace Jr. is expected to move into the ride next season.

Almirola, 33, first joined RPM for the last five races in 2010. After a full-time season with JR Motorsports in 2011, he moved back to RPM to drive the No. 43 Ford for 2012 with Smithfield as his sponsor. Smithfield announced earlier on Tuesday that it will cut ties with RPM at the end of this season.

“We have had numerous discussions with Smithfield Foods regarding the extension of our relationship dating as far back as February," a statement from RPM read. "Over the past few months, Smithfield had continually told me they wanted to be with us, and I recently shook hands on a deal to extend our relationship. I come from a time when we did major deals with sponsors like STP on a handshake. I’m sad to see this is where we are now. This decision is very unexpected, and we are extremely disappointed in this late and abrupt change of direction.

“Losing a sponsor of this magnitude in September is a significant set-back to Richard Petty Motorsports, but Andy (Murstein) and I are committed to moving forward with the No. 43 team. We have a lot of great partners who have expressed their continued support, and our fans will rally around the No. 43. We’ve been around since 1949, and we’ll be around a lot longer.”

Almirola scored his first and only career pole, at Charlotte, during the 2012 season. His first career win came two years later in the 2014 Coke Zero 400. That was the last Monster Energy NASCAR Cup Series victory for RPM. In addition to the win, Almirola has posted 10 top fives and 28 top 10s in 204 starts with the team. He was sidelined in May for eight races this season following a vicious accident at Kansas Speedway that fractured his T5 vertebra.

RPM recruited Regan Smith to drive the car for two races. Wallace took over for Almirola at Pocono Raceway. In his first four Cup starts, Wallace improved during each drive. He posted top-15 finishes in his last two starts — Daytona and Kentucky — with a career-high 11th-place run.

Wallace, 23, quickly rose through the NASCAR ranks after scoring six wins in the K&N Pro Series and finishing second and third in the standings in his first two years on the tour. Wallace earned six wins in the Camping World Truck Series — most recently last month at Michigan.

During his tenure in trucks, Wallace improved from eighth in the standings his rookie season to third in 2014 with Kyle Busch Motorsports before graduating to the Xfinity Series full-time with Roush Fenway Racing. Wallace piloted the No. 6 Ford with Roush for two full seasons. He competed in 12 races this year and was ranked a career-high fourth in the standings before the team ran out of funding.

Wallace returns to action this weekend at Chicagoland Speedway in the No. 98 Nickelodeon Slime Ford in the NASCAR Xfinity race for Biagi DenBeste Racing and Richard Petty Motorsports.