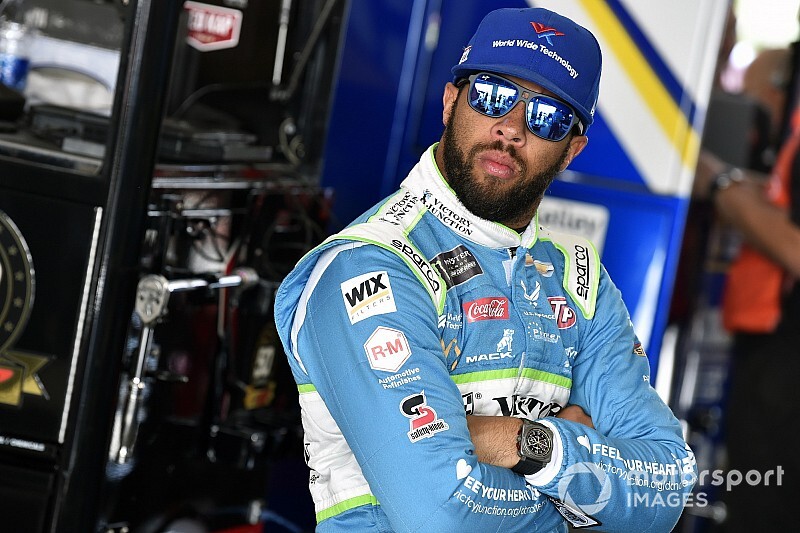 NASCAR on Saturday severely penalized driver Bubba Wallace after he admitted in an interview he intentionally caused a caution in last weekend’s race at Texas.

Wallace was fined $50,000 and docked 50 driver points on Saturday for intentionally causing a caution which in turn manipulated the outcome of a race.

His penalty came after he admitted the infraction – which had been debated by fans and drivers since last Sunday – in an interview Friday at ISM Raceway near Phoenix with NBC Sports' Dustin Long:

Fellow Cup series driver Kyle Larson – who said his race was adversely affected by Wallace’s spin to bring out a caution – said his team had asked to examine the data from Wallace’s No. 43 Chevrolet which he said showed Wallace spun intentionally.

Asked about Larson’s comments on Friday, Wallace said, “I’m not the only one to do it.”

Wallace went on to say he was not worried about any repercussions from his admission “until they (NASCAR) do anything.”

NASCAR’s penalties came less than less than 24 hours later. A NASCAR spokesman confirmed it was Wallace’s admission – and not data from his car – that triggered its penalty.

In a statement released Saturday morning, Richard Petty Motorsports said Wallace would not appeal the penalty.

“We fully understand NASCAR's position and expectations of its competitors. NASCAR has a difficult job officiating race events and we do not need to make the task more challenging.

“Wallace will not appeal the penalty, and will direct his immediate focus to this weekend's event at the ISM Raceway.”

Asked about the penalty prior to Saturday's qualifying, Wallace said, "We're moving on. This is a really good track for us. A good car, a good-looking car so I'm excited. I look forward to seeing what we can do today, we usually struggle in qualifying.

"It doesn't affect me at all. We're still a bunch of nut cases that like to have a lot of fun on and off the race track. We'll go out and do our best."

Asked if it would change how he deals with flat tires, Wallace said, "The only one that can make that call is me driving when you have a flat tire. It's pretty tough to hang on to."