For the fans — and competitors — that feel there hasn’t been enough of a premium awarded to the driver/team that accumulates the most points in the regular season be patient. 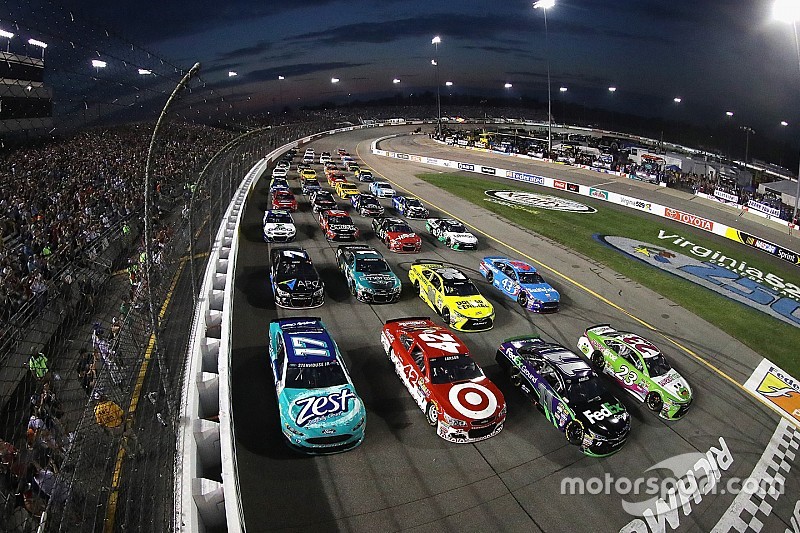 The point system could be changing again.

“One of the things we’re looking at is (in) the first 26 races, are there some additional things we could do for the winner of the regular season,” O’Donnell said. “I think that’s certainly fair for us to look at — and we are.”

No reward for being first after 26 races

After the first 26 Sprint Cup races in 2016, Kevin Harvick led the standings by 46 points over Brad Keselowski. Once the standings were reseeded for the Chase, Harvick was fourth behind Kyle Busch, Brad Keselowski and Denny Hamlin, all of who had more regular-season wins than the 2014 series champion.

Keselowski, who led the points entering Dover, started from the pole when qualifying was rained out. But when the standings were reset after the Round of 16 on Sunday, even the 2012 NASCAR champ was confused by his seventh-place position.

Elliott Sadler, who led the points entering the inaugural Xfinity Series Chase, said it “stunk” to lose his advantage when the playoffs began. After Daniel Suarez won on Sunday, the No. 20 team has a two-point advantage over Sadler’s No. 1 JR Motorsports entry.

Whether it’s bonus points or perhaps the first pit stall at every Chase race, Sadler would like some acknowledgement of what he and his team accomplished throughout the bulk of the season.

“I’ve heard guys say this in the past on the Cup side and I really didn’t buy it, but y’all should do something for the regular season champion,” Sadler said. “We need a trophy, a gift card or something. To take away 59 points — I think that’s what we lost after the (Chicagoland) race, that’s hard to swallow. That’s degrading.

“But, looking at the bright side of that, if we’re good enough to keep (earning) those kind of points in the regular season, if we just keep doing those same kind of things, we’ll be fine in the Chase.”

The "beauty" of the Chase format

O’Donnell agrees. While starting fresh in each round feeds into the playoff atmosphere, it’s the fundamental strengths of each team that most often will carry the most deserving organization to the title.

“That’s the beauty of this format,” O’Donnell added. “You have to be on  top of your game. We feel like the first 26 (races) do matter in terms of what you’ve learned, are you carrying any momentum in, and then who can really get hot over the next six weeks and move on.”

But that doesn’t mean NASCAR is opposed to rewarding the regular-season points leader.

“I’d say very serious consideration and it’s not just snapping your fingers,” O’Donnell said “There’s a lot of things that need to go into it but a lot of those things have already happened with conversations. Not there yet. Not ready to announce anything but certainly taking a strong look at that for all three series for next year as well.”

Runner-up Kyle Busch no match for Truex: "He was in his own zip code"