Getting the NASCAR Next Gen car to the point of on-track competition for the 2022 Cup Series season has been no easy task, but Toyota Racing president David Wilson credits NASCAR leadership for successfully navigating the rough waters.

It was less than four months ago, during an interview at Las Vegas Motor Speedway, where Wilson said, “We’re all behind,” when it came to the development and testing of the new car.

At that point, NASCAR had conducted just one multi-car test at Daytona International Speedway, and that produced a list of new issues, including driver cockpit overheating and problems with the car’s steering.

Teams at that point were reluctant to build many new cars because of the number of changes that were being made to address the car’s performance with each passing test.

Wilson said the issues came to boiling point by the end of the 2021 season and manufacturers turned to NASCAR for help.

“Traditionally, NASCAR facilitates a test – whether it’s an organizational test, a tire test – and by and large it’s left up to the organizations what they do and they’re told to go out and test. That had somewhat been the mentality in the development of the Next Gen car,” Wilson said.

“Clearly, because we were behind, because we had a lot of challenging issues, we needed to change that paradigm and we needed NASCAR to step forward with some leadership and some discipline.”

Wilson said NASCAR, team and manufacturer executives met during the annual postseason champion’s week in Nashville, Tenn., in late November to address the growing concerns and everyone had a chance to “vent.”

“I think it was one of those therapeutic things and was good for all of us. What came from that, was the two weeks of (additional) testing at Charlotte. And that was the best testing, the most organized, the most disciplined testing that we have seen with this new car,” Wilson said.

Teams and drivers are finding that it’s a much different car with which they will compete this season, but it races in some familiar ways.

“However, what has been the same here in Daytona is there’s a draft, you can play with it, you can move the car around on track with a reasonable amount of comfort and you can drive from the back to the front and set up passes.” 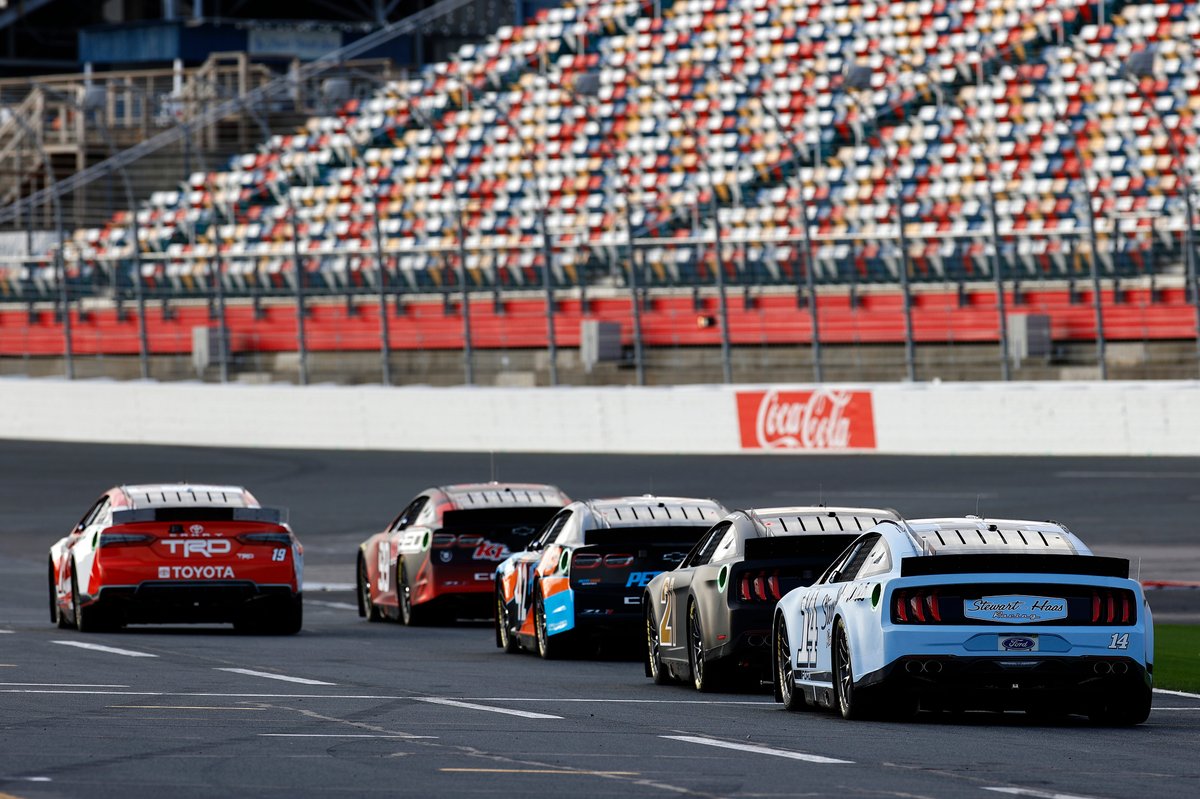 Asked if he believed the more direct NASCAR involvement over the last month-and-a-half was welcome, Wilson said, “It was more than welcome – it was needed. It was a little bit of the ‘old school’ NASCAR. We needed them to tell us what to do.

“We’re all in this data collection mode right now and the more credible data we can gather as an industry, the quicker we’re going to advance our learnings on this race car. Kudos to Steve O’Donnell, John Probst and Eric Jacuzzi and that whole group (at NASCAR) for getting us on track and focused with clear direction, with a test plan.

That’s not to say there still aren’t issues with the Next Gen rollout.

Some teams are still struggling with amassing the maximum-allotted seven cars per team by the start of the 2022 season.

NASCAR’s parts suppliers, unfortunately, are facing many of the same issues related to the Covid pandemic and worker shortages as other industries.

When it comes to the on-track performance, however, only one Next Gen test remains – two days later this month at Phoenix Raceway – before the car sees its first race, the non-points exhibition Busch Light Clash on a made-from-scratch ¼-mile oval inside the Los Angeles Coliseum on Feb. 6.

In many ways, Cup teams have now returned to what they are most familiar with when it comes to offseason preparation – finding ways to make their cars go faster.

“We are more comfortable with this car than we ever have been,” Wilson said when talking about the approach of on-track competition. “The sensitivity gauge now is shifting back to logistics and supply-chain.

“The most critical thing of late has been the on-track, developing and tuning a package and dealing with the heat issues and steering and all of those things. Mechanically, collectively, we’re in good shape, and hand on heart, we can say we’re ready to race this car.”

“Now, the pressure base is shifting back to the shops. The parts are trickling in. It’s not going to be comfortable for a little while, but I think we’re going to be OK.”