NASCAR and NBC agree on contract for 20 races each season from 2015 onward.

With this partnership, NBC’s 20 Sprint Cup race schedule includes becoming the exclusive home to the Chase for the NASCAR Sprint Cup, NASCAR’s final 10 races of the season, including its season-ending championship event which will return to network television in 2015 for the first time since 2009. Of NBC Sports Group’s 20 NASCAR Sprint Cup Series events, seven will be carried on NBC annually, with 13 airing on NBC Sports Network (NBCSN). Four of NBC Sports Group’s 19 NASCAR Nationwide Series races will air on NBC, with 15 airing on NBCSN. 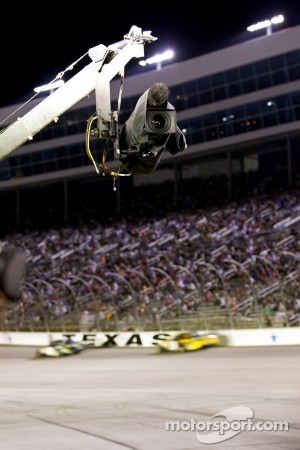 “NBC is known for being an exceptional partner and delivering outstanding production quality and presentation of live sports, as well as its broad portfolio of broadcast and digital properties so we are thrilled with the commitment they have made to NASCAR and its future,” said NASCAR Chairman and Chief Executive Officer, Brian France. “We know this partnership will yield great value to our entire industry, provide a premium experience to our most important stakeholders, the fans, and help us achieve a number of strategic growth objectives. Our new partnership with NBC and the recent extension by FOX validate the strength of our fan base and the many bold steps we have taken the last several years to provide fans with better, more accessible racing.”

“Acquiring the rights and bringing NASCAR back to NBC comes at an important point in time for NBC Sports Network, NBC, and all of our distributors and affiliates,” said NBC Sports Group Chairman, Mark Lazarus. “We look forward to working with Brian and his management team, who have brought a renewed focus to NASCAR's intersection of sports and technology.” 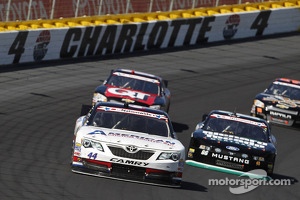 “We are excited about the cross-promotional opportunities NBC provides, especially in the timeframes right before NBC’s NASCAR schedule and during the Chase,” said NASCAR VP of Broadcasting and Productions, Steve Herbst. “We’re confident NBC will utilize its powerful Championship Season lineup, including the NHL Playoffs, Premier League, the French Open, the Kentucky Derby and other events, to build interest and excitement for NASCAR. Those opportunities, combined with the opportunity to lead into the number one show on television – NBC’s Sunday Night Football – for select Chase races, were both very attractive prospects when considering this partnership.”

Stock cars at Indy are boring