The following statement is in response to the penalties handed down today by NASCAR to Michael Waltrip Racing following the race weekend at Talladega Superspeedway. 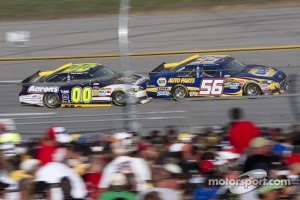 “Michael Waltrip Racing is ultra-sensitive and very serious about working within the guidelines of NASCAR policy. We do not condone this type of activity and as such we will take appropriate internal corrective action immediately. We thank NASCAR for providing a fair and equitable platform for all of its competitors and respect its decisions; therefore, we will not appeal.”

Both crew and car chiefs will return to their positions following their suspensions.