Mark Martin: "The history is what it's all about" on Throwback weekend 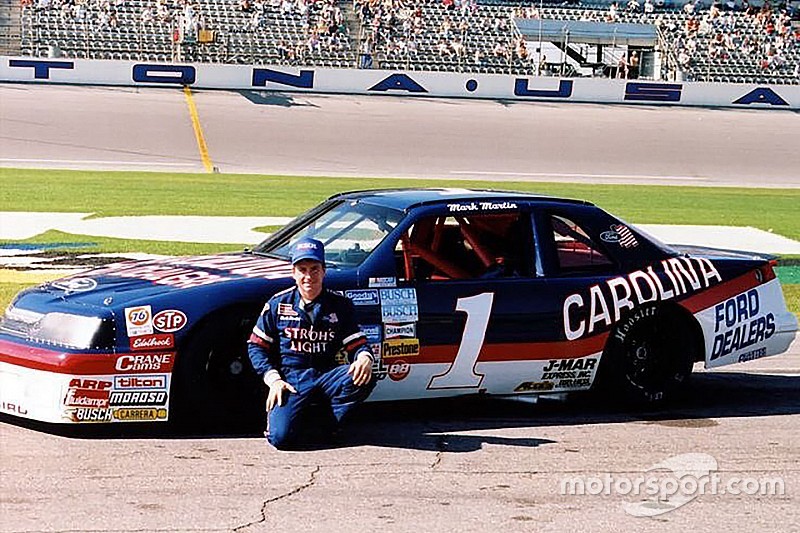 NASCAR Hall of Famer Mark Martin is a big supporter of Darlington (S.C.) Raceway’s “Throwback” weekend, in large part because of its acknowledgment of the sport’s history and recognition of its legends.

The No. 14 Ford of current Monster Energy NASCAR Cup Series driver Clint Bowyer is adorned this weekend with a paint scheme honoring Martin from when he drove a Carolina Ford Dealers Ford Thunderbird for Bill Davis Racing in 43 Xfinity Series races between 1988 and 1991.

“I don’t want to lose sight of the fact that there are several things that are really important to me,” Martin said Friday at Darlington. “One is a friend of mine from Batesville, Arkansas, decided he wanted to be a car owner and got started and built a late model and built an Xfinity car, and his name was Bill Davis.

“That’s really important to me because the history is what it’s all about and that’s something that is really special. I didn’t want to lose sight of that fact. The Carolina Ford Dealers was the first sponsor that I had an opportunity to really do a big marketing program.

“So, I got a lot of experience doing TV and radio spots for the Carolina Ford Dealers and that really makes it cool to be on Clint’s car.”

He also won 40 races in the Cup series and finished second in the series championship standings on five different occasions, the most recent in 2009.

Martin said the racing on the track today in NASCAR bears little resemblance to what took place in the 1990s or earlier.

“The importance of the ‘Throwback’ weekend here that they have at Darlington is really showing respect for the legends of this sport. The racing has just moved way past (what it was) back in that day,” he said.

“The double-file restarts are really pretty chaotic and insane, and the cars are so fast, and the pavement here is so much better than it was back then. It’s amazing that these guys can run around this place.

“It always was, but the speed of the cars today, that additional two or three seconds a lap that they run now makes it more difficult and probably hairier than ever. I did some double-file restarts here and it certainly wasn’t my favorite thing to do. I enjoy watching them, but I didn’t enjoy doing them.”