NASCAR manufacturers on the prospect of more competition: "Bring it on" 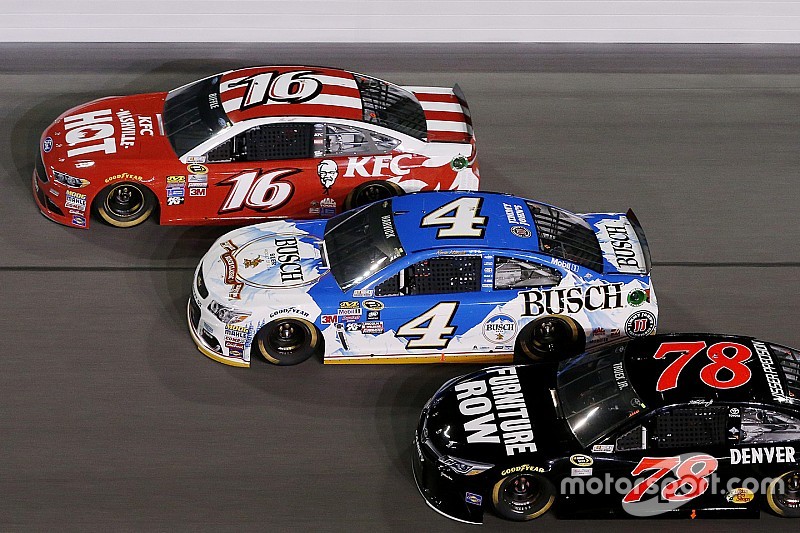 What do the current manufacturers involved in NASCAR racing think of the possibility of competition from another OEM in the near future?

For the most part, the collective answer from representatives of Ford, Chevrolet and Toyota is the more, the better.

Last Sunday, Sergio Marchionne, the CEO of Fiat Chrysler Automobiles, confirmed its Dodge brand could make a return to top-level NASCAR competition in the near future.

Marchionne made the comments during a news conference at Ferrari’s World Finals event at Daytona International Speedway.

All three were asked whether they would welcome the opportunity to work with and compete against additional manufacturers in NASCAR.

“Look, I think it would be great for the sport, right? I’m definitely not afraid of competition,” Pericak said. “So, I say bring it on.”

Campbell agreed, explaining, “We do it every day in the market against like 35 competitors in the showroom. Competition is something we deal with, and you all do as well in your business. So, yeah, another manufacturer would be good.”

Laukes made it unanimous on welcoming more competition.

On Wednesday, Motorsport.com reached out to representatives from the three current manufacturers to see if their respective opinions had changed since the comments from Fiat Chrysler’s Marchionne.

All three indicated they continued to feel the same and didn’t believe there was anything to add since there has been no formal announcement of a new OEM entering the sport.

Dale Earnhardt Jr. cleared to return to NASCAR competition in 2017