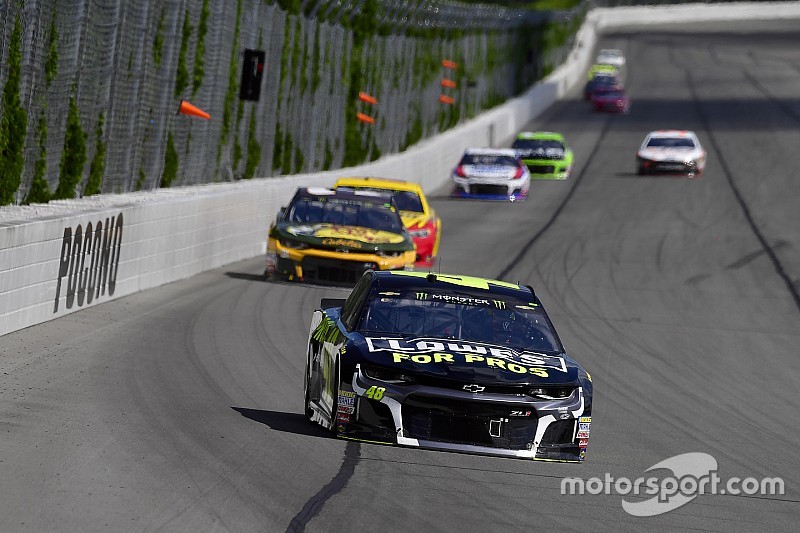 The Motorsport.com team is back to answer your questions with another edition of the NASCAR Mailbag.

Hey I would like to ask y'all what happened to Chevy? My God what did they do, stop making Chevys? They haven't won a race. (Do they) have they something going on? Need to fix it. - From Jody

Jody, Chevy actually won the very first race of the season, the Daytona 500, although performance in restrictor-plate races generally are not a good indicator of how a team will do the rest of the season. That has certainly been the case most of the season, with only Kyle Larson from Chip Ganassi Racing putting himself in position to win races and leading laps on a consistent basis. The good news for Chevy is Larson shows it can be done with new Camaro. In recent weeks, Hendrick Motorsports is beginning to show a turnaround in performance as well. I expect to see more than one Chevy win before the end of the season. - Jim Utter

These Camrys are outdoing American brand cars, what does JGR have that other teams don’t? Something NOT RIGHT!!! Dodges would bring MORE viewers to watch NASCAR!!! - From Jimmy

Jimmy, JGR has some of the most talented drivers and teams in NASCAR and Toyota is a large part of the company’s success. It isn’t the only part however. The organization was also successful before making the switch to Toyota, winning 28 times with Chevrolet as well as one championship with Tony Stewart (2005) and 30 times with Pontiac, adding two more Cup titles (Bobby Labonte, 2000; Stewart, ’02). Since 2014, Chrysler Group (Dodge, Chrysler, Jeep) has been owned by Fiat Group, an Italian company, and has shown no interest in returning to NASCAR competition. - Kenny Bruce

Hi. I noticed circles on the floor in each of the driver's garage areas.  How are these used? I noticed after the Coke Zero 400 race in Daytona the crews were scraping them off of the garage floor so I expect they set these up anew at each track's garage by each racer's team. - From Rich

Rich, the pieces have different names – some refer to them as pucks – and help teams as they begin setting up their chassis each week at the track. The pieces are sealed in place on the garage floor so that the scale pads, which are used to measure chassis weight distribution, are placed in the exact same spot each time changes are made to the car. Yes, the pieces are removed on race day, typically after the cars have been through inspection and pushed to pit road. - Kenny Bruce

I just wondering if NASCAR will bring like Nissan BMW, Honda? I did hear like awhile back that Volkswagen was this close to join NASCAR. So will NASCAR be open to let other cars brand to join? - From Cesar

Cesar, unfortunately for NASCAR there's little chance of a manufacturer from across the channel jumping in. NASCAR is seen as "too American" and the popularity of German road cars in the US already means there's little market need. Even the Euro NASCAR platform has yet to truly capture the imagination in Europe compared to other international series. However, I'm not sure NASCAR really needs international recognition either!

Buick and Cadillac would be great to increase variety and prove if NASCAR is in good health, but it's hard to see a new brand when we're so far down the Gen-6 car period. From the Buick perspective, it makes little sense for General Motors to add another brand to the Cup series. Cadillac meanwhile seems content with the international platform of DPi. - Tom Errington