NASCAR Mailbag: Kenseth's return and what the future holds 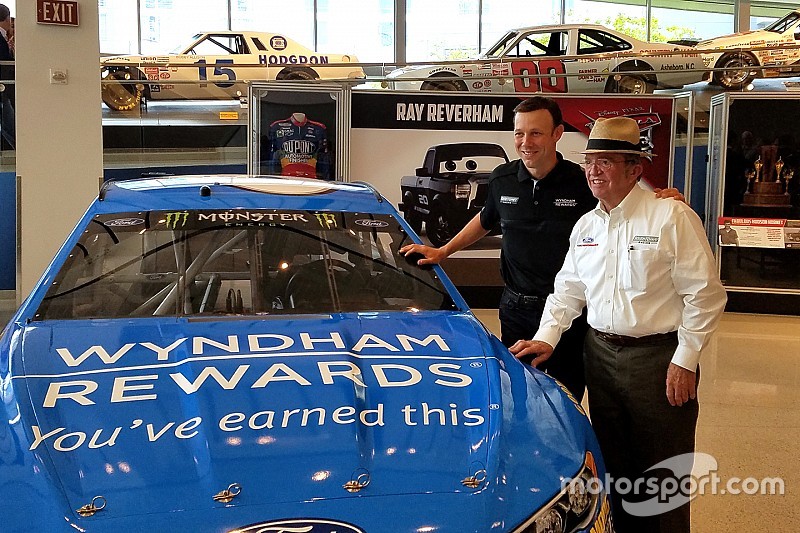 On this week's edition of the NASCAR Mailbag, we tackle Matt Kenseth's return to the Cup Series and Ford's decision to replace the Fusion with the Mustang in 2019.

Matt Kenseth has come back part-time but the fans want him full-time in the sport. Are there any options for him? - From Ewyn (From the UK)

Great to get a question from the UK! What was interesting about the Kenseth announcement was three factors. One, there’s been discussions about a role away from racing, two, it’s a ride share and three, there was little talk beyond 2018. That suggests to me that a full-time ride elsewhere is perhaps unlikely and instead a transition from the #6 to a management/organizational role is more likely. - Tom Errington

What are your thoughts on Matt Kenseth coming back to the Cup Series and joining Roush Fenway Racing part time in the 6 car? And if Trevor Bayne wins does that still happen since Bayne will be in the playoffs? - From Robert

Hey Robert, thanks for the question. As for my thoughts, I am excited about it. Not only is it a reunion of sorts, but Matt's experience will be a huge asset for Roush Fenway Racing as they seek to reclaim some of their former glory. You could tell Matt didn't want to stop racing last year and it's great for him to get the chance to return, but even better for RFR to have a champion piloting one of their race cars. And if they can bridge the gap to their competitors, there's no question in Kenseth's ability to deliver them a race win. As for Bayne winning this weekend, although unlikely it will present an interesting dilemma for the team. It's no easy call to just throw away a Chase berth, and Steve Newmark said it would be a problem he'd like to have. I guess we'll cross that bridge if we come to it. - Nick DeGroot

Nice to see Mustang in the Cup Series. How come they allowed it after the deadline was passed in February? Can there be allowance now for the challenge too? From Leo

According to NASCAR, "The process to make body changes is clearly spelled out in the NASCAR rule book. OEMs must submit their intent to change a body design by September, two years before it will run (in this case, September 2017). From that point, there are developmental targets that must be hit to ensure the new vehicle will preserve competitive balance on the race track, and properly represent its street vehicle counterpart.” All the rules were followed by Ford in this case. - Jim Utter

Hello, mailbag staff. A couple of years ago pictures of "X-3" testing car surfaced on the internet. Is NASCAR actively working on the next generation of cars and is there any rough timetable or educated guess when we might see generation 7 cars? - From Tommi

Now that Ford has introduced the Mustang, I’m told that the next generation is likely to be a ‘few years away’ yet. If that’s the case, you would expect the process to be going along in the background. It’s certainly going to be a topic to watch. The removal of the requirement for cars to be a sedan in 2018 suggests the cars are going to move further down the current line of GT-like cars. - Tom Errington

Paul Menard: “I think you’ll be able to pass on the Roval”