Mailbag: Should NASCAR use a choose cone for restarts? 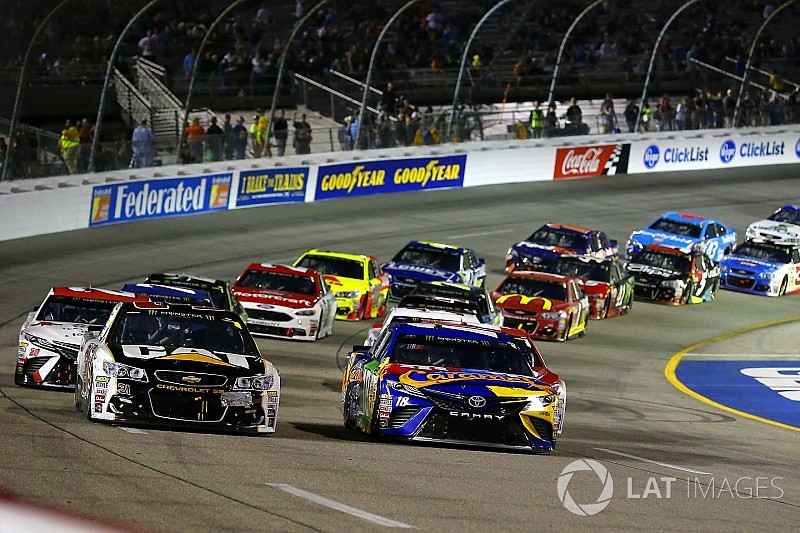 The NASCAR Mailbag received a record number of questions this week, leading us to split this edition into two parts.

Did Chris Buescher sign a seven-year deal? And with what sponsor? - Joseph

Hey Joseph, according to JTGD president Tad Geschickter, Buescher, 25, has a two-year contract with an option. If you recall, last August, he extended his relationship with the team. The No. 37 team will be supported by the same sponsors as last year and the charter that was previously with the No. 77 Furniture Row team. – Lee Spencer

I have seen some short tracks across the US use the "cone rule" for restarts. I think drivers will benefit from this in place, as well as eliminate pit road chaos. Will NASCAR use this rule at short tracks? – JP

Hi JP, NASCAR did discuss a potential cone rule after the incident with Denny Hamlin at Bristol Motor Speedway in August. Hamlin slowed up on pit road in an effort to restart on the outside which was the preferred lane. In the case of double-file restarts, the use of a choice cone would enable competitors to select a lane before the race returns to green. The practice has been used before in NASCAR’s Whelen All-American Series. However, since the “chaos” usually occurs only at short tracks, it’s unlikely we’ll hear the topic broached again for Cup until March when the tour rolls into Martinsville Speedway. – Lee Spencer

Why isn't a road race included in in one of the chase races? – Chiquita

Chiquita, there is beginning this year. The fall Cup and Xfinity series races at Charlotte Motor Speedway will be run on its "Roval" course, which incorporates most of the 1.5-mile speedway and its infield road course. The races are part of both series' playoffs. While not a "true" road course, the CMS roval will feature many of the same characteristics fans have seen in races at Sonoma, Calif., and Watkins Glen, N.Y. – Jim Utter

I have a question. Who decides when the Dover race is held? A group of us have been going for 26 years the race keeps getting pushed back in October the weather is awful except this last Dover race. We liked it in mid-September as we would take part a day to go to the Sun Festival in Ocean City we can't go to the spring race as we drive to Charlotte race in May. We stopped going this year to Dover. – Julie

Julie, the actual race dates for each track are worked out between the track's ownership and NASCAR officials. Each track currently has a five-year agreement to host their Cup races but the actual dates are not set in stone for each year. Typically, race dates alter by a week or two depending on when the NASCAR calendar begins. This year, the Daytona 500 is slated back to its more traditional President's Day weekend, which pushed this year's schedule back about a week from recent seasons. – Jim Utter

Probably been asked before, but why not start the year in Homestead and host the final, championship race in Daytona? – Jeff

Jeff, the Daytona 500 has been the traditional start of the season since 1982 and it's not likely to change. While weather-wise, Homestead would be as good a location in February as Daytona, it's unlikely NASCAR would get as big a kick to start its season with an event on 1.5-mile track. The complete unpredictability of restrictor-plate racing makes it very unlikely Daytona or Talladega will ever serve as the location of the championship races. – Jim Utter

D.J. Kennington "pulling out all the stops" for Daytona 500 attempt