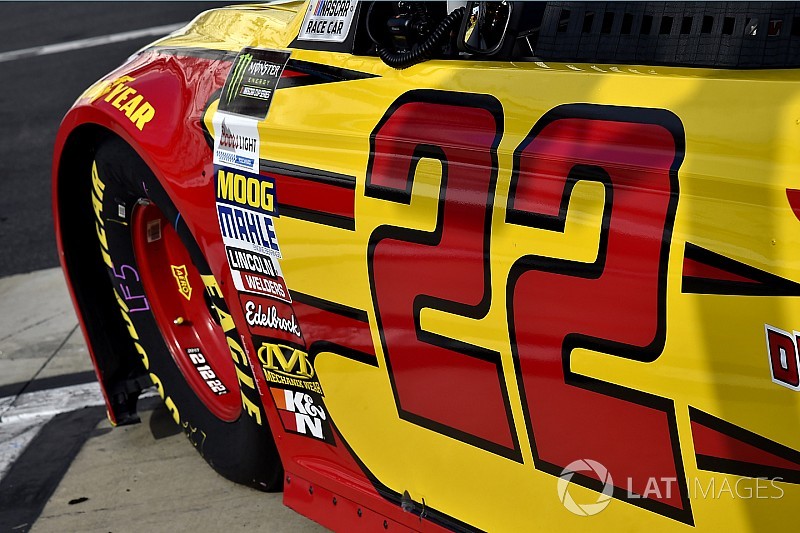 With one race to decide the 2017 playoff grid, Joey Logano is out of options.

He has to go out and win at Richmond Raceway on Saturday night.

Logano is currently 15th in the Monster Energy Cup standings with 13 of the 16 positions filled on the playoff grid. But he’s the sixth driver in points without a win — since his only victory of the season was encumbered.

“We are in a do-or-die situation,” Logano said. “Anytime you can win a race in that situation, there is no better feeling than that. Also returning here after our win in the spring and obviously the drama that followed, it would be very nice to be able to get back in Victory Lane and prove a point. I don’t see any reason why we can’t.”

Second-place not an option

Certainly a win at Richmond could offer Logano some vindication. In 17 starts at the .75-mile track he has two wins, two poles, six top fives and nine top 10s. But despite every effort by the No. 22 Team Penske crew over the last 16 races following his Richmond win, Logano has posted just two top-five finishes and three top 10s overall.

“We had great pit stops last week,” said Logano, who finished 18th at Darlington. “We went for it on the strategy and it didn’t work out but we have to. That is the situation. Second place is a failure when you look at the goal this week. It is win or nothing. We have to race that way.

“Hopefully, it all works out. We will just have to wait and see. We will see what our car has in a few minutes, we will tune on it and give it all we’ve got all week.”

Since joining Team Penske in 2013, Logano has never missed the playoffs — but he’s never had an encumbered win count against him either. Denny Hamlin’s win at Darlington on Sunday was also encumbered after NASCAR found his rear suspension was illegal.

Hamlin’s victory at New Hampshire in July locked the No. 11 Joe Gibbs Racing team into the playoffs. Other than losing the five playoff points as part of his penalty, the loss of 25 driver/owner points will not effect Hamlin once the points are reset for the playoffs.

“The penalty is the penalty whether you have a win or not,” Logano said. “It maybe didn’t affect him as much. He might say something different after the first round of the playoffs and he wishes he had those five point. I don’t know. That can affect his whole season as well.

Logano doesn’t believe NASCAR should change its system. But he believes the status of an encumbered win might not be enough of a deterrent.

“I believe the fans came to the race to watch the race and they should see a winner after the race,” Logano said. “If you come here to watch tomorrow night and it is a great race, you should know that it was a great race. What happens Wednesday is a challenging situation. How else are we supposed to do it? Do you want to end the race and then wait three hours and let them tear down the car completely and then we go to victory lane and celebrate? That isn’t exciting. Everyone would be gone. There would be no stories. You can’t do it that way.

“But we also need to have a fair race. We need to make sure we tear these cars apart and find what is right or wrong about the cars. I will say that the penalties handed out with these encumbered finishes have been really small. To me they don’t really affect the race itself. It is not like it has been a huge deal. There is pushing the line and seeing a little bit of a gap we are all talking about right now and then there is doing things a different way where it is just blatantly obvious, that I believe is really pushing too far. It is what it is. It is the rules we have been given and we all need to play within them. I am alright with that.”

Watch Logano talk about his situation: