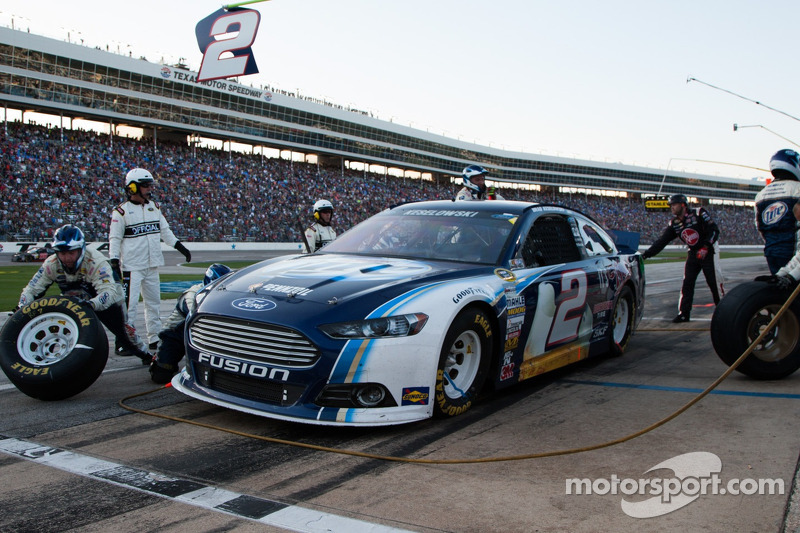 Once NASCAR announced the penalties from the Texas Motor Speedway race, it did not take long for the fans to react

A day ago, Brad Keselowski, crew chief Paul Wolfe and team owner Roger Penske were being given the red-carpet treatment at the White House and some 24 hours later, they were seeing red after being called on the carpet by NASCAR. The No. 2 Ford team along with the companion No. 22 Ford of Joey Logano and company were fined and penalized for car violations that surfaced at the Texas Motor Speedway last weekend.

In addition to the fines and point penalties, Wolfe and Logano’s crew chief Todd Gordon along with their respective car chiefs and a pair of engineers along with team manger Travis Geisler have been suspend for the next six points events and placed on probation until year-end 2013.

Reigning Sprint Cup champion Keselowski and Logano were each docked 25 points as were their car owners. Walt Czarnecki is listed as owner of the No. 22 car.

One fan commented on Motorsport.com “…the drivers don't build the cars so why dock them points!!”

Reportedly, another team or individuals blew the whistle on the Penske team, causing NASCAR officials to take a closer look at the rear-end housings on the two cars and they found the cars to be using unapproved components.

Also, Chad Johnston, crew chief of the No. 56 Toyota of Martin Truex Jr. has been fined and placed on probation until June 5.

Michael Waltrip Racing released a statement: “Michael Waltrip Racing is sensitive to working within the guidelines of NASCAR policy. This infraction clearly occurred as a result of a malfunction caused by race conditions. Therefore, we will not appeal. We thank NASCAR for providing a fair and equitable platform for all of its competitors and respect its decisions.”

Not surprisingly, NASCAR’s action has set-off a firestorm of controversy and has raised questions about the severity of the penalties. Or in some cases, why weren’t the penalties more severed.

These actions came on the heels of two other notable actions – Denny Hamlin’s criticism of the Gen-6 car and Keselowski’s remarks about the goings-on in the garage of late, presumed to be in reference to the aftermath of the Logano-Hamlin feud. While Hamlin was admonished and fined, Keselowski’s carefully chosen words did not put him in the penalty box.

Fines and penalties have long been a controversial subject in racing, and the new action will grab headlines for weeks to come. And should a championship be lost by the amount of the points’ penalties, the controversy surrounding the situation will not going away.

One long-time fan stated: “I've been attending NASCAR events since the late '50's, but NASCAR seems hell-bent on destroying what used to be good racing. They're about to lose one more fan.”

Stay tuned as the NASCAR rolling circus rolls into the Kansas Speedway this weekend.

Who will speak out and if so, will there be repercussions?

Monetary fines, probation and loss of points from Texas race announced by NASCAR

Johnson looks to stay on top at Kansas