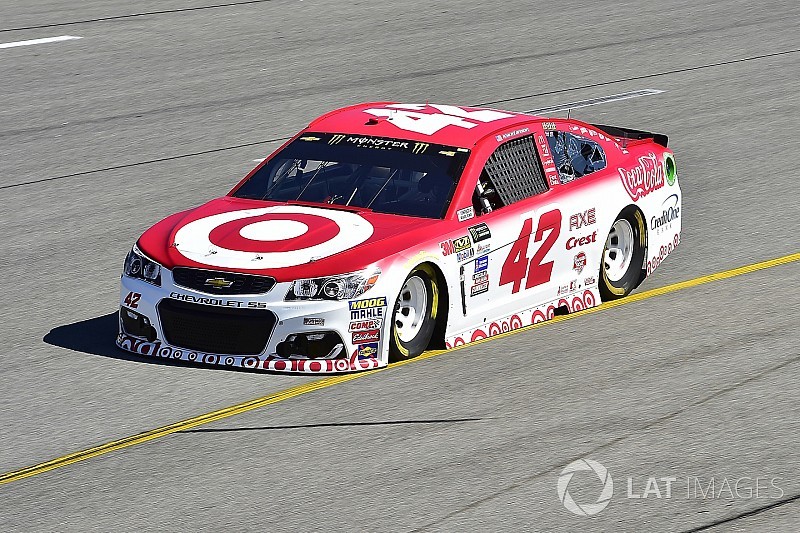 "It's kind of hard to believe we're back at Richmond with the regular season set to wrap up,” said Larson who is third in the standings and finished second in this race last year. “Up to now it's been a pretty solid year for our team. We've accomplished some of our goals, but still have a few more to work towards over the coming weeks.

“Unfortunately, the regular season title is out of contention this weekend, but we'll work hard to have a strong run at Richmond with the Target Chevy and try to move back into second in the standings and get as many playoffs points as we can. Our cars have definitely been improving at Richmond, so looking forward to a good race."

Keselowski’s 83 laps were the most completed in the session.

The top 10 speeds didn’t change after the first 15 minutes. But Kevin Harvick and Austin Dillon were released from their practice holds after failing pre-race inspection at Darlington. Harvick moved up to 15th quick (116.848mph). Dillon was 21st (116.505mpj) Jamie McMurray, who failed pre-qualifying inspection twice, arrive at the time out lane later. He joined practice about five minutes later and posted the 23rd fastest single lap — 116.274mph.

Thirty minutes into the session, Truex still led the top 10 drivers. Clint Bowyer, who was released from his practice hold jumped up to 11th on the speed chart with a lap of 117.218mph. The No. 14 team failed pre-qualifying inspection three times at Darlington. Matt Kenseth was also released for the same infraction. Kenseth ran 30th-quick with his first run of 116.149mph.

Kyle Larson bumped Stenhouse out of the top 10 with a speed of 117.254mph after 45 laps following the first 45 minutes.

After the first hour, Larson was the only change among the top-10 drivers. Keselowski’s 77 laps were the most completed.

Kenseth "won't pay much attention" to where playoff rivals are running