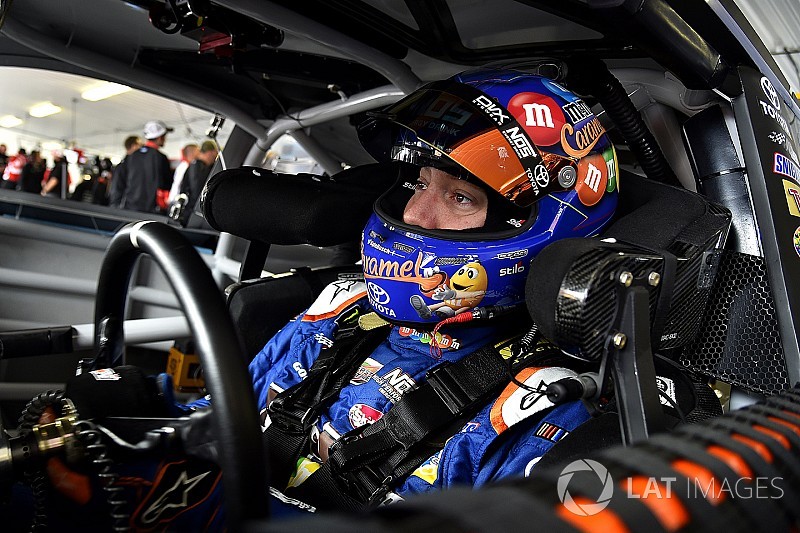 Fresh off of his win at Pocono Raceway, Kyle Busch continued his fast pace at Watkins Glen.

Busch posted the fastest single-lap speed on the 2.45-mile road course in first practice on Saturday with a lap of 125.516mph.

Logano set the early pace on his first four-lap run but six minutes into the session, Dale Earnhardt Jr., spun followed by Corey LaJoie, who went off the track coming into the carousel (Turn 5). LaJoie hit the guard rail with a flat left rear tire. He had completed two laps.

The track returned to green with 36 minutes remaining when Jimmie Johnson spun out and the right front went into rail entering Turn 1. Johnson had completed his first lap and was 32nd on the board.

Before the field could get rolling, Gary Klutt spun to trigger the red flag. The No. 15 had to be pushed off the 2.45-second circuit.

Practice resumed with 32-minutes remaining. Keselowski went to the top of the board with a lap of 123.736mph on his sixth lap. Michael McDowell (123.736mph) vaulted over the No. 2 Ford, then Logano regained the top spot with a lap of 123.920mph. Keselowski (124.103mph) leap-frogged over his teammate and was coming around Turn 5 when Danica Patrick spun sideways in front of him with 29 minutes on the clock.

Kyle Busch took over the top spot with a lap of 124.866mph. Logano, Keselowski, Elliott, McMurray, McDowell, Harvick, Jones, Bowyer and Kenseth held onto the top 10 speeds with 15 minutes left in the session.

Rookies Jones and Ty Dillon’s 17 laps were the most led during the 55-minute session.