Mission accomplished for Kyle Busch despite missing out on Kansas win 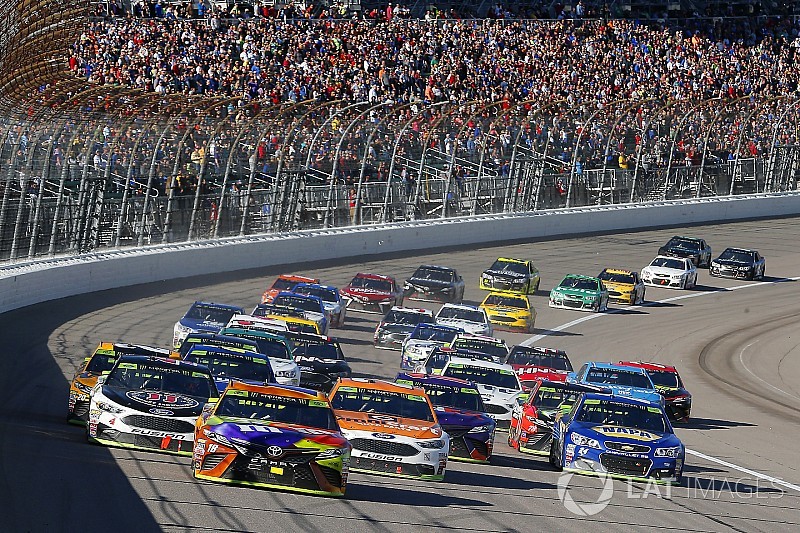 For Kyle Busch, it was mission accomplished at Kansas Speedway.

The No. 18 Joe Gibbs Racing team entered the Hollywood Casino 400 seven points in the hole.

But he won the first stage, finished fifth in the second, led the most circuits and soldiered back from one lap down to finish 10th, gain 43 points and transfer into the Round of 8 on Sunday.

“Our car was really, really awesome and I’m fortunate to be in a good piece with Joe Gibbs Racing and Toyota – this M&M’s Camry was fast and I thought we had a good shot to go for the win and got off on tire strategy a little,” Busch said. “Truex got by us and he was checking out, but was just going to play it out when we pitted and the rest of those guys pitted, where it would all shake out, but obviously that caution came out and it bit us and got us behind.”

Busch short-pitted on Lap 232 and dropped to 22nd, one lap down when AJ Allmendinger spun three laps later. With Kevin Harvick one position ahead of the No. 18 Toyota, the two contenders cut through the field in the closing 25 laps. Busch battled back to his 19th top-10 finish of 2017.

“Fortunately, our situation today was that we had to race guys that ended up crashing out, hate it for them,” Busch said. “I would have liked to race it heads up and that might have been a different situation, but all in all we’ll take what was given to us today and we’ll live to see another day and fight again next week going to Martinsville.”

Busch has picked up his game considerably at NASCAR’s oldest track. In his last four starts, his worst result was fifth — twice. Busch scored his first win at Martinsville Speedway in last year’s spring race and has just one DNF in 24 starts.

Buescher scores impressive sixth at Kansas: “That was an awesome day"